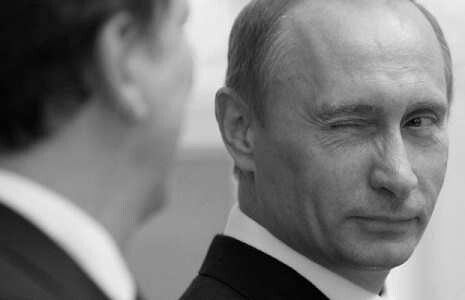 The second Russian military transport aircraft carrying the S-400 missile systems will depart for Turkey soon, according to the Russian news agency TA How to Use CommonsSearch SS. "The Russian Aerospace Force's military transport aircraft carrying parts of a S-400 regiment set has arrived in Turkey. Another plane will soon deliver the second batch of equipment to the country," TASS quoted a diplomatic source as saying. "The third batch, containing more than 120 guided missiles of various types, will be dispatched later by sea. It is expected to happen at the end of the summer," the agency added.

Turkish S-400 operators plan to train Turkish military service members this month and in August, according to TASS. In May, about 20 Turkish service members underwent training at a Russian training center.

The S-400 Triumph, which became operational in 2007, is designed to destroy aircraft, cruise and ballistic missiles, including medium-range ones. The S-400 system can hit targets at a distance of around 250 miles and at an altitude up to around 22 miles.

The has sparked a row within NATO, with the US threatening sanctions against Turkey for buying the Russian-made military technology. The Pentagon fears Russia will be able to spy on the US-made F-35, the latest generation fighter jet, once the S-400 becomes part of Turkey's defense network, according to German news agency Deutsche Welle. Earlier this year, the US suspended deliveries related to the F-35 and gave Turkey a deadline until the end of July to cancel the S-400 deal. If Ankara did not comply, Turkish pilots training to fly F-35 in the US would be expelled from the country.

US officials also pressured Turkey to buy the more expensive, US-made Patriot missiles instead. "S-400 is at least twice as cheap as the US system Patriot-2," UK military expert Richard Connolly at Birmingham University told DW's Russian service. "The Russians and before them the Soviet Union were always leading in missile technology," he added. "The reason for that was that the Americans and the West produced better aircraft."

Less than two weeks ago, Turkish President Recep Tayyip Erdogan said that US President Donald Trump reassured him there will be no sanctions over buying the S-400s. "We heard from him that there won't be anything like this (sanctions)," Erdogan told a press conference in Osaka, Japan, following a meeting with Trump on the sidelines of the G20 summit. "It is out of the question that such a thing takes place between two strategic allies. I believe it cannot happen," Erdogan said.

Statements by US officials, however, contradict him. "By accepting delivery of the S-400 from Russia, President Erdogan has chosen a perilous partnership with Putin at the expense of Turkey's security, economic prosperity and the integrity of the NATO alliance," the Wall Street Journal reported a joint statement by Sens. Jim Risch (R., Idaho), Bob Menendez (D., N.J.), Jim Inhofe (R., Okla.) and Jack Reed (D., R.I.).

During a visit to NATO headquarters in Belgium late last month, acting Secretary of Defense Mark Esper said: "If Turkey accepts delivery of the S-400, they will not the F-35. It's that simple." According to the UPI, Shanahan sent a letter on June 6 to Turkish Defense Minister Hulusi Akar that Turkey would be pulled from the F-35 lightning II jet program -- including sales and the banning of Turkish contractors -- unless Ankara decides not to go ahead with purchasing S-400.

The events in the coming weeks could determine the future of US-Turkish relations, and raise questions about Turkey's long-term role in the North Atlantic Treaty Organization as Russia attempts to build on its own influence in the country in a bid to weaken the alliance, the Wall Street Journal said adding: "Turkey's decision to source critical weapons from Russia is a setback for the U.S., which courted Ankara throughout the Cold War for its strategic location on the southwestern flank of the Soviet . It is also an economic issue. The U.S. and Russia are world's biggest arms exporters and their contractors compete for dominance in the sector."

"The S-400 issue has further roiled years of frayed U.S.-Turkey relations. U.S. officials still recall a key breaking point in 2003 when Turkish officials refused to allow U.S. troops to use Turkey as a launch pad for the invasion of Iraq. American presidents have tried repeatedly to reset relations with Turkey, only to hit new snags," the Wall Street Journal argued and said:

"Former President Obama's initial strong relationship with Mr. Erdogan was strained by the U.S. decision to arm and train Syrian Kurdish fighters in the battle against Islamic State that Turkey views as terrorists. The same issue has dogged relations between Messrs. Trump and Erdogan. The relationship also was strained by an American refusal to deport a U.S.-based cleric whom Mr. Erdogan accuses of fomenting a failed coup in 2016 that led Mr. Erdogan to impose mass arrests and purges. The cleric, Fethullah Gulen, denies the accusation. Last summer, Washington imposed sanctions on Turkey when Ankara failed to release an American pastor who had been detained as part of the post-coup . Turkey eventually released the pastor, Andrew Brunson, and the U.S. partly lifted the sanctions, but the episode left scars, say U.S. diplomats."