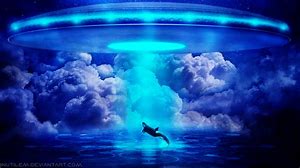 Nobody wants to be that guy, the party pooper. The guy that says it's a helicopter not a UFO. It's the hot water heater not a ghost. I don't know how many of you have seen "The Big Hack" on Netflix but it's worth a look. It's worth a look because you'll never see social media quite the same way because you see their product is you.

Three investigations all with identical conclusions but according to Rush Limbaugh and Jerry Falwell. Vince Foster was murdered. Falwell financed a film (The Clinton Chronicles) and Limbaugh rode this story like his favorite pony. Completely debunked, not one shred of evidence yet in the Limbaugh, Fox News orbit it's the murderous Clinton Cabal, forerunner to the Deep State. In 2016, then candidate Don Trump told the Washington Post, that Foster's death was "very fishy", and added "I will say there are people who continue to bring it up because they think it was absolutely a murder. I don't do that because I don't think it's fair." Says the man who just brought it up in an interview with the Washington Post.

DNC staffer Seth Rich was murdered July 10, 2016 walking home from a bar at four in the morning. He had bruises on his hands as if he'd been struggling with someone and had been shot twice in the back. Suddenly, as if out of nowhere news stories appear accusing Rich of being the go between Julian Assange and the Hillary Clinton E-mails. Police say it was a botched robbery but a website with ties to the Russian GRU published a story that Seth Rich was murdered by, you know who. Roger Stone picked up the story and then FOX news and then Sean Hannity. It was a professional hit by the Clinton Cabal except professional hits are a bullet to the back of the head not two in the back after a struggle. The Clinton E-mails were leaked four days after Seth Rich's murder

The story for two years has been about Russian interference in our elections. The story for two years has been about the Trump campaigns interaction with the Russian government. Here it is in a nutshell, Russian propaganda disseminated by Trump campaign members to partisan news outlets. Part of Rich's duties at the DNC was building an App to help voters find their correct polling place. This became Rich was an IT mastermind who stole the Clinton E-mails and Hillary had him murdered. We know where the story came from. We know who authored it. We know who leaked the e-mails and it wasn't Seth Rich. There is not one scrap of evidence, not one. But the story goes on and on.

Jeffery Epstein was charged with Federal sex trafficking charges. He was already a convicted sex offender. In less than 24 hours after his suicide the wildest craziest theories escape from the minds of those less grounded. The three most despised characters ever to walk the earth are child killers, pedophiles and Trump. Yeah see, Epstein bribed the guards to fake his death and then he would be spirited away (by submarine no doubt) to Israel where no one would ever find him. Or the Clinton's and Trump had him murdered so he couldn't spill the beans on the big wheels and their deviant sex practices in underground pizza parlors.

Most of us never have and never will visit a Federal Prison. This is the same prison which holds El Chapo is his escape next? He has more money than Epstein and more experience escaping from jails. He won't escape, no one escapes.

What Jeffery Epstein was looking at was life in prison. He'd reached the end of the road; his money and notoriety would do him no good. The case against him was a slam dunk and he was looking at life in prison. There was no amount of evidence which he could give against others that would knock more than a few months from any potential criminal sentence. No more helicopter rides to his private Island in the Virgin Islands no more jetting off to Paris. From now on a really good day for Jeffery Epstein was putting on his suit and going to court to be pilloried by the witnesses against him. In short, if any man ever had a reason to commit suicide it was Jeffery Epstein.

Yes, but he was on suicide watch. Not only do guards watch prisoners the prisoners also watch the guards. They learn the shift changes and break times and hanging doesn't take more than a few minutes. I'd put my money on incompetence before Clinton or Trump cabals. Several years back, I wondered about the National Enquirer, could I write stories like Bill Clinton's alien love child? I wrote a story, "Were There Two Ronald Reagans"

Ostensibly, a stunt double from Reagan's "Death Valley Days" had claimed the man who we all knew to be Ronald Reagan was a double. The real Ronald Reagan had suffered a stroke and was living in a convulsant home under an assumed name. General Electric had spent millions of dollars promoting Reagan and didn't want to see their investment go down the tubes. The stunt double was dying of cancer and didn't want to take the story to his grave. Yes, some believed it and I confessed within 24 hrs my conscience wouldn't let me continue the ruse. It was easy and it was fun. Mark Twain once said, "It was easier to fool people than to convince them they'd been fooled."

The Internet has convinced us that everything is true, and nothing is true. The deep state, the GRU, the CIA, the department of Homeland Security. Smoke, fictions, three weird sisters on the hurly burley. Ghosts, UFO's, anything without evidence is supposition. Fantasy is exciting, truth is boring.

Related Topic(s): E-mails; Escape; Fiction; Government; Internet; Murder; Netflix; Pedophiles; Sex; Suicide; (more...) Truth; Truth; Truth Teller; Truth-teller; UFOs, Add Tags  (less...)
Add to My Group(s)
Go To Commenting
The views expressed herein are the sole responsibility of the author and do not necessarily reflect those of this website or its editors.