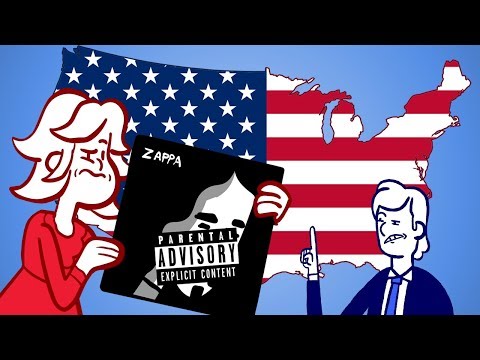 In "freedom and democracy" America there is only official truth, and it is a lie. A person or website that speaks real truth is shunted aside as a "conspiracy theorist," "Russian agent," "racist," "anti-Semite," or other such name with the purpose of discrediting the message and the messenger.

For example, when I told the truth that Russia-gate was a hoax, which it has proved to be, an anonymous website, possibly a CIA or NATO operation called "PropOrNot," included this website among its fake list of 200 "Russian agents/dupes." The Washington Post, a believed long-time CIA asset, hyped the PropOrNot revelation as if it were the truth. With "Russia-gate" in full hype, the purpose was to scare readers away from those of us who were exposing the hoax.

When in a book review of one of David Irving's World War II histories, I reported his finding that many Jews were killed by Nazis, but that the holocaust that took place was different from the official story, Zionist agents at Wikipedia put into my biography that I am a "holocaust denier." Simply reporting a historian's findings in a book review was all it took to be labeled with a name that in Europe can mean a prison sentence. Does this mean I cannot risk ever again traveling to Europe where Zionists on the basis of this spurious claim could have me arrested?

Because I investigated the Israeli attack on the USS Liberty, interviewed many of the survivors, and reported the factual story, I was branded an "anti-Semite."

Because I reported conclusions of scientists, architects, and engineers about 9/11, I became a "conspiracy theorist." In other words, in America today any dissent or merely the reporting of dissent, no matter how factual, is not tolerated.

The way those with agendas control the explanations is by shouting down those who provide objective accounts. Social media is part of the censorship. Explanations out of step with official ones are labeled "abusive," and in "violation of community standards." In other words, truth is unacceptable. Two weeks ago the Unz Review, a widely read website with dissenting views was kicked off of Facebook for being in violation of official opinion. The same thing happened to Southfront.

Everyone who uses social media is by their use supporting censorship. Facebook imposes fascist censorship in order to protect official explanations. The presstitutes and universities do the same. In America truth has lost its value.

Even a public health threat like coronavirus is politicized. One would think that there would be an interest in accurate information is order to know what steps to take and which treatments offer promise. But that is not the case. If you are a Democrat you want the economy kept closed in hopes that a bad economy with people out of work and small businesses ruined will defeat Trump in the election. If you are a Republican you want the economy reopened ready or not in order to boost Trump's reelection chances. Instead, attention should be focused on how to prepare for a successful reopening that can be sustained and not result in a flood of new cases and a second close-down as China has had to do.

If you are Big Pharma, NIH, CDC, or the research professionals dependent on grants from these sources, you want a vaccine, not a cure. This means a long wait, assuming an effective and safe vaccine is possible. If you are a doctor involved in treating Covid-19 patients, you want a cure or a treatment that prevents the progress of the disease. The hydroxychloroquine (HCQ), zinc, and intravenous vitamin C treatments, which have proved to be effective, are badmouthed by Big Pharma and its minions. In other words, the profit agenda over-rides health care and the saving of lives. There are reports that Facebook censures Covid-19 reporting that does not support the line that Dr. Fauci of NIH has taken.

The FDA is clearing the way for Gilead's Remdesivir on the back of claims that HCQ, in safe use for decades, causes heart attacks. It is all about money. There are no profits for Big Pharma or a chance for patents for Dr. Fauci unless inexpensive HCQ, zinc, and Vitamin C can be sidelined.

The race for a vaccine is on, as everyone wants the profits from the patent. Instead, effort should go into testing and refining what appear to be cures or at least treatments that prevent the virus' progression. A vaccine might be iffy, and if the process is rushed, people could be in danger from the vaccine as well as from the virus.

Covid-19 is now a big business for the pharmaceutical corporations, for bankruptcy lawyers, for fat cats who can buy up bankrupted businesses, and for labor service providers who will hire laid-off workers and lease them back to the firms that laid them off for a fee less than the cost to the firms of full-time employees. Many interests will be served, but not that of the public.

Related Topic(s): American Deception; Censorship; Presstitutes; Truth; Truth Held Hostage, Add Tags
Add to My Group(s)
Go To Commenting
The views expressed herein are the sole responsibility of the author and do not necessarily reflect those of this website or its editors.