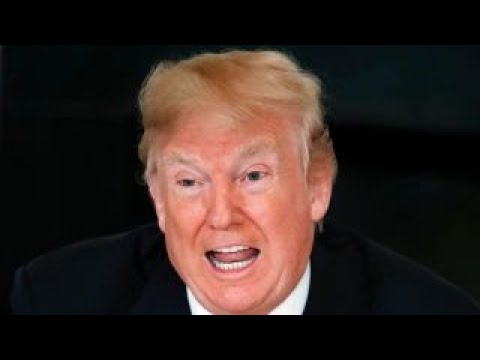 The Trump administration released its proposed budget for the 2019 fiscal year on Monday, calling on Congress to enact the massive boost in military spending indicated in a bipartisan budget deal last week, but withhold the funding for domestic programs approved under the same agreement.

Budget Director Mick Mulvaney said the $63 billion increase in non-defense domestic spending incorporated into the budget resolution was not mandatory. "These are spending caps. They're not spending floors," he said. "So you don't have to spend all that."

An addendum to the budget, prepared in response to the bipartisan deal, calls for Congress to spend $6 billion on the opioid crisis and forgo any other increases.

Given that Trump signed the bipartisan spending framework into law last Friday, and that both the House and Senate are already working on appropriations bills based on it, it is unlikely that the White House appeal to renege on the domestic side of the agreement will have any effect on current spending.

Nonetheless, the priorities laid down in the massive budget document indicate the outlook and intentions of the financial oligarchy in regard to fiscal and social policy. It wants virtually unlimited increases in military spending combined with dramatic cuts in domestic spending, particularly on the so-called entitlement programs, for which spending is driven by the number of people enrolled and qualified for benefits, not specific appropriations by Congress.

Last week's bipartisan agreement, passed with the support of the congressional Democratic leadership, and with a critical 73 Democratic votes in the House of Representatives, called for $716 billion in military spending for the current fiscal year, which ends September 30, an increase of $80 billion. The military would get an additional increase of $85 billion in fiscal year 2019, which begins October 1, as well as $140 billion in off-budget funding over the two-year period for "overseas contingencies," budget jargon for the wars in Afghanistan, Iraq and Syria.

The Trump budget incorporates all this money for the Pentagon, and for further increases in the "out-years," from fiscal 2020 through fiscal 2027 (by law, the federal budget projects spending over a 10-year period).

In contrast to this bonanza for the US military machine, the world's largest by far, the Trump budget calls for slashing more than $1 trillion from entitlement programs over the next 10 years: $554 billion from Medicare, $250 billion from Medicaid, and $214 billion from the Supplemental Nutrition Assistance Program (SNAP), the formal name of the food stamp benefit.

The cuts in Medicare would include $47 billion to come from a reduction in subsidies for prescription drug costs, forcing the elderly to pay more, and $34 billion through the elimination of "facility fees" for some hospital-owned medical practices, which would lead some hospitals to turn away Medicare recipients in favor of more lucrative patients.

Both Medicaid and food stamps are joint federal-state programs, and many of the cuts would come from allowing states to enact harsher eligibility and work requirements, thus driving poor people off the programs and into even deeper poverty.

Other cuts are more vaguely described, including $1.5 trillion over 10 years to come from reorganization and a reduction in the number of programs by 2 percent per year, or a reduction in "improper payments," otherwise undefined.

There would be draconian cuts directed against the jobs, living standards and benefits of federal government workers. Specific agencies for which the Trump White House has a special animus are targeted for the most dramatic cuts: a 26 percent cut in the State Department, for example, and a 34 percent cut in the Environmental Protection Agency. It is unlikely that either of these cuts will actually be enacted this year, but the intention is clear.

Even within the framework of last week's bipartisan budget agreement, there is ample room for reactionary measures. Appearing on "Fox News Sunday," Mulvaney said: "Take the money that the Democrats want to put to these social programs, and move it to things like infrastructure, move it to things like opioid relief, move it to things that are in line with the president's priorities, so that -- if it does get spent -- at least it gets spent to the right places." This would include, among other things, using funds intended for the opioid crisis to pay for more police and prisons rather than addiction treatment or Narcan emergency resuscitation.

Besides the huge military build-up, the Trump budget calls for an additional $18 billion over two years for building a wall along the US-Mexico border, as well as $5 billion for additional Border Patrol and ICE officers, and a 25 percent increase in the number of beds in immigrant detention facilities, bringing the total daily capacity to 52,000, the highest ever.

Patrick Martin writes for the World Socialist Website (wsws.org), a forum for socialist ideas & analysis & published by the International Committee of the Fourth International (ICFI).
Related Topic(s): Budget; Foodstamps; Infrastructure; Medicaid; Medicare; Military; Trump Cruelty, Add Tags
Add to My Group(s)
Go To Commenting
The views expressed herein are the sole responsibility of the author and do not necessarily reflect those of this website or its editors.