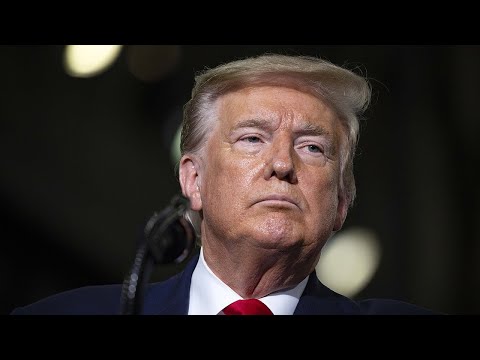 President Donald Trump has stepped up his war of words against Dr. Anthony Fauci, head of the National Institute of Allergy and Infectious Diseases (NIAID) since 1984 and the leading government expert on the coronavirus pandemic. Trump criticized Fauci during two television interviews last week and then had his White House staff leak a hostile memorandum to the media listing Fauci's supposed mistakes during the COVID-19 crisis.

Most of the statements listed in the memorandum concerned Fauci's recommendations on specific public health measures, which changed from month to month depending of the scope of the danger. For example, in the early stages of the pandemic he urged people not to wear masks because there were shortages and he thought the limited supply should go to health care workers first.

It requires a considerable degree of political hubris to raise the accuracy of Fauci's statements and predictions to defend the biggest liar in modern American history. It is only a few months since the American public witnessed President Trump suggesting that the injection of bleach might be a useful measure to combat the coronavirus, to say nothing of his shilling for discredited "cures" like hydroxychloroquine and his suggestion that the virus would disappear "like a miracle" once the weather turned warm.

This dirty tricks campaign -- and it deserves that label, as the memorandum was characterized by the Washington Post and several television networks as similar to the "opposition research" conducted against a rival candidate during an election -- is aimed at undermining Fauci's increasingly blunt criticism of the colossal failure of the Trump administration and various state governments in stemming the pandemic.

Dan Scavino, deputy White House chief of staff for communications, went so far as to place a cartoon on his Facebook page Sunday night depicting Fauci as "Dr. Faucet," flushing the US economy down the drain, demanding schools remain closed and even (a real grievance for Trump) suggesting that there would be no professional football season this fall because of the coronavirus.

Trump embraces such childish smear tactics, rather than simply firing Fauci, in part because the doctor has extensive job protection under civil service rules and could be removed only by his direct superiors, Secretary of Health and Human Services Alex Azar and Francis Collins, director of the National Institutes of Health, and only for cause.

More importantly, firing Fauci, the administration's only voice on COVID-19 with any credibility with the public, would undoubtedly generate a political backlash against Trump of major proportions. The 79-year-old Fauci has headed the NIAID under six administrations, Republican and Democratic, and clearly continues to serve in a demanding position, long after he could have retired, because of his devotion to public health.

Tensions between Fauci and the White House have been mounting over the past two weeks as the disease expert let it be known that he did not agree with Trump's claims that there was no connection between the reckless campaign to reopen the US economy and the subsequent surge in coronavirus infections. In congressional testimony, Fauci warned that the country could soon face 100,000 new infections each day -- triple the peak rate of April and May.

Fauci has contradicted some of Trump's more ignorant public statements, such as his assertion that "99 percent" of coronavirus cases are harmless, and his claim that the number of US coronavirus cases is going up because more people are being tested, not because more people are falling ill. He also disagreed with Trump's claims that the lower death rate of the past two months meant that the virus was weakening or even "going away." He told one interviewer, "It's a false narrative to take comfort in a lower rate of death."

Two interviews last week seem to have brought Fauci to the brink of a public rupture with the White House. In a podcast with the election website FiveThirtyEight.com, Fauci said that "as a country, when you compare us to other countries, I don't think you can say we're doing great. I mean, we're just not."

This directly contradicts the incessant claims by Trump that the US response to the coronavirus is an unparalleled success -- claims that are ludicrous given that the US leads the world in both deaths and total cases. Fauci went on to say that he could understand why the European Union would continue to ban US citizens from entering, on public health grounds.

In an interview Friday with the Financial Times, Fauci revealed that he had not briefed Trump on the pandemic for at least two months and had not spoken with the president at all since early June. He explained that the White House had blocked most requests for television interviews with him and that his "honesty" was probably the reason.

"I have a reputation, as you probably have figured out, of speaking the truth at all times and not sugar-coating things," he told the British newspaper. "And that may be one of the reasons why I haven't been on television very much lately."

On Monday, after the White House effort to trash his professional reputation over the weekend, Fauci warned that the US hasn't "even begun to see the end" of the pandemic, although he expressed some optimism about progress in the development of vaccines and potentially therapeutic drug treatments.

Patrick Martin writes for the World Socialist Website (wsws.org), a forum for socialist ideas & analysis & published by the International Committee of the Fourth International (ICFI).
Related Topic(s): Corona Virus Coronavirus Covid-19; Dr Anthony Fauci Infectious Disease Expert Nih; Health; Testing; Trump Bigotry; Trump Cruelty; Trump Liar, Add Tags
Add to My Group(s)
Go To Commenting
The views expressed herein are the sole responsibility of the author and do not necessarily reflect those of this website or its editors.