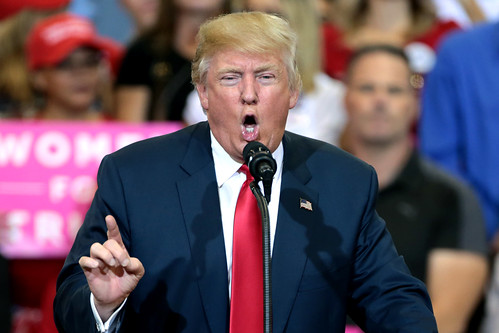 Today large numbers of Americans are disapproving and fearful about the consequences of inaugurating Donald Trump as our next president. They deplore his contempt for core notions of our democracy, his praise for Russian dictator Vladimir Putin and other dictators who would destroy democracy, and his intolerance, contempt and threats against Americans who disagree with him. They abhor his demeaning of large segments of the diverse American family, his claim that the alliance that defends democracy is obsolete, his relative lack of interest in receiving intelligence briefings to learn facts about global security, his comparison of our intelligence services to Nazi Germany, and his disrespect for the views of every intelligence service and future members of his Cabinet who warn against Russian attacks against democracy in America and Europe.

While Jefferson brilliantly argued that a free press is a vital guarantor of all other freedoms, Trump, like Putin, treats the free press with scorn, derision and contempt. Jefferson was right and Trump is wrong. The free press is not an enemy of the state that should be delegitimized and destroyed. It is the essential ingredient to inform the citizens of free nations.

Barely a day goes by without Trump attacking, threatening or seeking to delegitimize or intimidate someone in the press. Even the best journalist can get a story wrong but the sheer magnitude and intensity of Trump's attacks against the press are extraordinary and dangerous to democracy.

With the free press under attack there are two speeches every journalism student and journalist should pay close attention to today.

The first was by Edward R. Murrow, the CBS correspondent and a profoundly important figure in the history of broadcast journalism, addressing the Radio-Television News Directors Association in 1958. Murrow had courageously stood up to Joseph McCarthy and spent his career elevating the standards of radio and television news.

Murrow warned that while television news has the unlimited capability of informing citizens about matters vital to democracy, when broadcast journalists fall short the television is nothing more than wires and lights in a box.

Baron warned about the challenge to a free press during the Trump years. He noted that Trump "was elected after waging an outright assault on the press. Animosity toward the media was a centerpiece of his campaign. He described the press as 'disgusting,' 'scum,' 'lowlifes.' He called journalists the 'lowest form of humanity.' That apparently wasn't enough. So he called us 'the lowest form of life.' In the final weeks of the campaign he labeled us 'the enemies.'"

Marty Baron's call to journalistic conscience, courage and professionalism, reported in detail by Vanity Fair on Nov. 30, is as important in our times as Murrow's speech was important in his.

I do not agree with everything that runs in the Post, but under the leadership of Baron, and with the support of Amazon founder and Washington Post owner Jeff Bezos, the Post has distinguished itself by increasing resources devoted to reporting and offering clarity from diverse voices on its editorial pages. They are joined by other journalists, on a list too long to detail here, who remain fearless defending the integrity of a free press.

If the media gods would grant me one wish it would be for Bezos to call CNN founder Ted Turner, another great hero in the history of television news, and discuss a way to put Murrow-like quality news on American television 24/7.

Perhaps Trump will abandon his war against a free press. If not, America will need our free press to rise to its finest hour.

Related Topic(s): Integrity; Journalism; Trump Insults, Add Tags
Add to My Group(s)
Go To Commenting
The views expressed herein are the sole responsibility of the author and do not necessarily reflect those of this website or its editors.