The guy who pretended to be a champion for America's workers has been a one-man working-class wrecking crew, systematically destroying employee rights and protections against the abuses of corporate bosses. 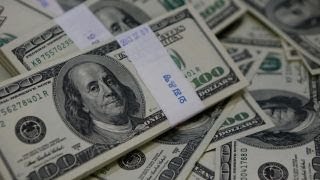 Congratulations on that nice pay raise you got last year, a 7% hike wow!

Seven percent might not sound all that big, but after 40 years of stagnant wages, even a small uptick can help cover some of your old credit card bills or get an upgrade on your 10-year-old pickup.

Oh, wait ... You say you didn't get 7%? Oops, my mistake. It was the CEOs of corporate giants who reported to the Associated Press that they enjoyed a median jump of 7% last year. And as their paychecks were already king-size, that uptick amounted to an extra $800,000 in their take-home, for a median yearly income of $12 million each. Bear in mind that "median" means half of the corporate bosses grabbed more than 7%. For example, David Zaslav, honcho of the Discovery television network, had a 207% boost in pay, raising his total take in 2018 to $130 million.

These lavish payouts to top-floor bosses combined with a miserliness toward rank-and-file employees who actually produce the corporate wealth is creating an untenable income disparity in corporate America, stretching inequality in our Land of Egalitarianism to the snapping point. The pay gap between aloof CEOs and typical employees nearly doubled last year at a range of corporate giants, from PayPal to CVS Pharmacy, and it tripled at Discovery.

AP's recent survey of 340 major corporations found that compensation inequality is now so extreme that a middle-wage employee would have to work 158 years to make as much as his or her chief executive was given last year alone. This separation is widening at warp speed, propelled by the boundless greed and narcissism of so-called leaders like Zaslav. To amass as much pay as he pocketed in 2018, a typical Discovery employee would have to work 989 years.

When you hear corporate chieftains and such corporate cheerleaders as Donald Trump gloat that our economy is "booming," ask yourself: A boom for whom?

We have a president who mistakes price for value. Thus, to measure America's economic health is simple for him: Just check the price of corporate stocks and any fool can see that he's the best president ever at running the economy. After all, since he's been in office, Wall Street has been whizzing! Unfortunately, though, it's whizzing on you and me.

Wall Street is an inequality machine. It encourages top executives to jack up their own wealth by artificially inflating their corporation's stock prices. Then it rewards executives who offshore jobs, cut wages, monopolize markets, bust unions, gouge consumers and dodge taxes. Far from reining in Wall Street's destructive plutocratic power, Trump has juiced it up with new tax advantages for big investors and the removal of rules to restrain banker scams.

Meanwhile, the guy who pretended in his campaign to be a champion for America's workers has been a one-man working-class wrecking crew, systematically destroying employee rights and protections against the abuses of corporate bosses. On everything from overtime pay and minimum wage to workplace safety and the right to form a union, Trump & Company has sided with corporate interests over working stiffs, essentially saying to workers: "You're on your own. Adios, chumps."

Related Topic(s): Corporations; Inequality; Trump Broken Promises; Trump Tax Bonanza; Trump Tax-cut Scam; Working Poor, Add Tags
Add to My Group(s)
Go To Commenting
The views expressed herein are the sole responsibility of the author and do not necessarily reflect those of this website or its editors.