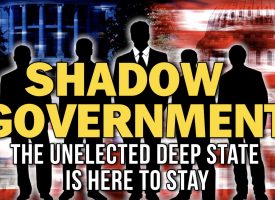 Globalresearch, which has a reputation of both being a leading leftist organ of dissent and a silly exercise in right wing paranoia, calling global warming a hoax and dismissing the claims of Russian intervention in the US election on side of Trump, has an article by the expert on the Deep State by the man who originated the term, Peter Dale Scott. 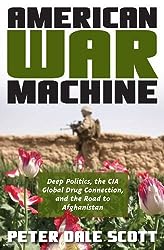 This is required reading for all those seeking to understand how to connect the seemingly random dots that describe the ascent of Donald Trump. I will quote just a few key claims, which are backed up by daunting evidence int he Scott article, and then provide the link:

In short, the Trump team connections to the Russian state and deep state -- both overt (through Exxon) and covert (through Manafort and Alfa) would appear to link Trump to a shady larger network or networks connected also to the same Washington swamp he promised to drain. Such networks led me in the Preface to the French edition of this book to talk of a supranational milieu of the super-rich, just eighty of whom are now said to own nearly as much as the 3.5 billion people who occupy the bottom half of the world's income scale.[74] Thanks to the enormous increase in global wealth in recent years, the "global power elite" who meet annually at Davos now have far more influence on how the world will be governed than those who meet annually at the United Nations General Assembly.

Those at Davos do not need to give instructions to the American deep state, which is already structured around responsiveness to the requirements of extreme wealth in Wall Street and elsewhere. And some of them are members of what have been called "shadow elites, those whose influence stems from illicit or unconventional means."

"The "New, New World Order" may be said to represent the mavericks of the international deep state, eager to dispense with the regulations of the old insiders. But they are still part of the nexus of uncontrolled big money, even if drawn more from the under-reported shady underside of that superclass.

As I write after just one week of Trump in office, it already seems clear that we can expect a "Trump revolution," one that will almost certainly attempt to reflect and repeat the major features (deregulation, anti-abortion measures, a defense spending buildup, tax cuts for the rich, and deficit financing) of the Reagan revolution before it. And it should not be too surprising if the Trump revolution, just like the Reagan revolution before it, turns out to have been not just financed, but partly plotted, at the levels of the American and the international deep state."

In this essay, Scott connects the Deep State to an international elite of bankers, secretive intelligence agencies such as the CIA, FBI, and their foreign counterparts and the battle among the billionaires between "new wealth" and "old wealth" as well as how the Deep State has been the means by which Trump, heavily funded by financial elites in both the US and Russia, China, and Turkey, has come to power.

My articles that claimed a Deep State connection to Trump, both in his selection, and in his service as a distracting figurehead, met with some mocking by the cynics, but his article by Scott confirms almost everything I was guessing at, with daunting logic and evidence. It is essential reading for anyone seeking to dig beneath the surface circus that distracts us from the deeper operations which rule the world...or destroy it in the attempt. 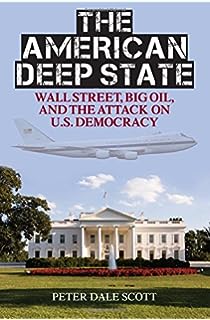 Related Topic(s): Bankers; Billionaires; Deep Politics; Deep State; Intelligence; Intervention; Trump Presidency; Trump Russia Memos, Add Tags
Add to My Group(s)
Go To Commenting
The views expressed herein are the sole responsibility of the author and do not necessarily reflect those of this website or its editors.