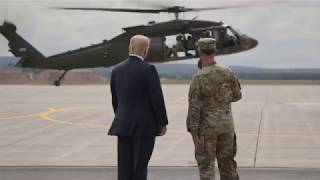 2019 is not looking good for US President Donald Trump.

He will be challenged in court and in Congress and his presidency, along with his 2020 bid, will suffer as a result.

If you like binge-watching legal, crime, and conspiracy shows on TV, stay tuned to your favorite news channel in the new year. The trials of Trump will top them all.

The investigations and lawsuits target campaign violations, tax fraud, self-dealing, commercial fraud, violations of the emoluments clauses forbidding foreign gifts, conspiracies, and obstruction of justice, with more to be revealed.

They come from multiple directions: Robert Mueller, federal prosecutors in the Southern District of New York, the attorney general of the State of New York, possibly the New York State Department of Finance and Taxation, the attorney generals of Maryland and Washington, DC, consumers who bought into enterprises promoted by the Trump family, a porn star and a Playboy model, protesters in Iowa who were assaulted after Trump yelled "knock the crap out of [disrupters]," and from one of the men facing criminal charges from the attack because he relied on Trump following that up with "I promise you I will pay for the legal fees."

In the last two years, the Republican majority has prevented any real investigations of Trump in Congress. In January, however, they'll be reduced to an impotent minority that can only whine and moan. Adam Schiff, who will head the Intelligence Committee, recently said, "All the arguments the Justice Department made about Michael Cohen -- that the rich and powerful shouldn't play by a different set of rules as average people ... applies with equal force to the president of the United States." That makes the attitude of the incoming majority very clear.

There are legal actions against the Trump Organization, the Trump Foundation, against Donald Trump, personally, three of his children -- Donald Jr, Eric and Ivanka -- and his son-in-law Jared Kushner.

Trump will do his best to hide behind the theory that a sitting president cannot be indicted. That will be challenged. It will go to the Supreme Court, possibly more than once. As he already knows, his cronies and associates have no such protection. Mueller, and everyone else, is moving up the chain.

The three heirs and the son-in-law will almost certainly be indicted. The conventional wisdom is that Trump will use his pardon powers to protect them and that he will also, at that point, have a breakdown. However, it would be far more in character for him to put his own survival first and pressure them not to "flip" and not to "rat," and hang them out to dry.

There will be cries for impeachment. Impeachment by the House is the equivalent of an indictment. The trial takes place in the Senate and requires a two-thirds majority to remove the offender. At the moment, it seems impossible any Republicans would break rank, let alone the 19 that would be necessary even if all 47 Democrats stood solidly to convict.

That's the drama. It will make compelling television, indeed. What of substance?

Democrats will fight to protect Obamacare.

Trump, individually, and the party, collectively, swore to not merely remove it, but to replace it. The replacement -- they swore -- would be better and cheaper and less governmental. That was, and remains, a promise that can't be kept.

The only way to provide better outcomes at less cost is to make it more governmental. To say otherwise is to deny the evidence of all the healthcare systems around the rest of the world as well as private vs public (Medicare and Medicaid) systems domestically. Furthermore, at least some of the provisions of the Affordable Care Act (ACA) passed under the Obama administration have become very popular, most notably the requirement that insurers cover people regardless of prior conditions.

Related Topic(s): 2019 Problems; Congress; Investigations; Obamacare; Trump Border Wall; Trump Broken Promises; Trump Children; Trump Crime; Trump Liar, Add Tags
Add to My Group(s)
Go To Commenting
The views expressed herein are the sole responsibility of the author and do not necessarily reflect those of this website or its editors.