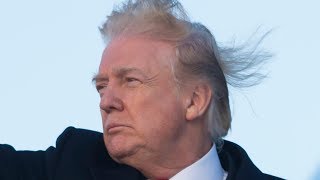 Remember last year when Donald Trump and his congressional Trumpeteers bragged that their yuuuuuge tax cut for corporations would spark a yuuuuuge corporate spending spree to create new jobs and higher wages?

Well, just as they promised, we're now seeing corporate chieftains spending wildly! Only... they're spending their tax-cut windfall on themselves, not on boosting America's economy.

Mainly, they're pouring billions into a self-serving scheme called "buybacks" -- literally buying-up shares of their own corporation's stock. Why? Because reducing the total number of shares on the market increases the value of each remaining share, giving those lucky shareholders a bigger piece of the company's profit pie. Yes, less magically means more!

But it's not magic, it's manipulation. And the top executives doing the manipulating are primary beneficiaries, since most of their pay comes in the form of millions of dollars worth of their corporation's stock. Google executives, for example, are spending $8.6 billion from their taxpayer bonanza on buybacks, PepsiCo is in for $15 billion, and Apple for $30 billion.

If Trump and the GOP Congress had really intended that their trillion-dollar giveaway of the people's tax revenue be spent for the benefit of all, they would've required the corporate recipients to plow the bulk of the money into our nation's grassroots economy. Instead, once again, our corrupt political officials duped taxpayers into giving away public funds in the name of workers, but they actually stiffed workers, enriched CEOs, increased inequality, diverted tax dollars from urgent national needs -- and enabled corporate powers to donate even more corrupting campaign cash to the politicians and party doing this to us.

In other words, the Trump tax scam worked just as the GOP intended.

Related Topic(s): Inequality; Scam Artist; Taxpayers; Trump Tax-cut Scam, Add Tags
Add to My Group(s)
Go To Commenting
The views expressed herein are the sole responsibility of the author and do not necessarily reflect those of this website or its editors.