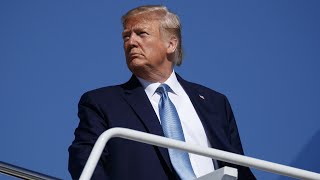 As the Senate moves to an impeachment trial and America slouches into this election year, the rule of law is center stage.

Yet Donald Trump is substituting lawless thuggery for impartial justice.

The biggest immediate news is the president's killing of Qassem Suleimani. The act brings America to the brink of an illegal war with Iran without any congressional approval, in direct violation of Congress's war-making authority under the constitution.

But other presidents have disregarded Congress's war-making power, too. What makes Trump unique is the overall pattern. Almost wherever you look, he has shown utter disdain for law. Consider Trump's outing of the person who blew the whistle on his phone call to the Ukrainian president, Volodymyr Zelenskiy tweeting just after Christmas a link to a Washington Examiner article headlined with the presumed whistleblower's name, then retweeting a supporter who named the presumed whistleblower.

Miller even got Trump to pardon Joe Arpaio, the former Arizona sheriff who was ordered by a federal judge to stop detaining people solely on suspicion of their immigration status. Arpaio disregarded the order, which is why he was convicted of criminal contempt of court.

Related Topic(s): Justice Denied; Trump Against Democracy; Trump And Barr; Trump Dangerous; Trump Illegality; Whistleblower, Add Tags
Add to My Group(s)
Go To Commenting
The views expressed herein are the sole responsibility of the author and do not necessarily reflect those of this website or its editors.