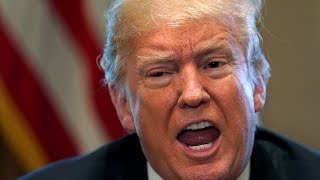 Israel launched waves of air attacks and ground shelling on a score of alleged Iranian military positions in Syria this week. Was this a big step forward in the plan by Israel's leader Benjamin Netanyahu and his ally Donald Trump to provoke a major war with Iran?

It certainly looks so. The US, Saudi Arabia and Israel all recently suffered a stinging defeat in Syria. Their campaign to overthrow the Assad government in Damascus by using the rag-tag ISIS movement, then Sunni Muslim jihadist wild men, was defeated by the Syrian Army, backed by Russian air power, Lebanon's Hezbollah and some Iranian militia groups and army advisors.

Israel now claims to have wiped out more than a score of Iranian positions in Syria. As far as we can tell, these were minor logistics or communications facilities, not the backbone of a supposed Iranian offensive against Israel.

In fact, the alleged Iranian rocket barrage was directed at the Israeli-occupied Golan Heights that were illegally annexed and occupied after the 1973 Arab-Israeli War and are still held, legally, as part of Syria. Israel is very nervous about having world attention drawn to its continued occupation of the strategic Golan Heights from which Israeli heavy artillery can reach Damascus.

But now that the Trump administration has fallen fully under the influence of the pro-war neocons, an attempt to overthrow the Iranian government appears highly likely, using both military intervention and intensified economic warfare.

Iran has been under siege by the US since the American/British installed shah was overthrown by a popular revolution in 1979. The CIA and Britain's MI6 have mounted numerous attempts to oust the Islamic Republic and re-install a client ruler.

Ironically, the "democratic" western powers -- the US, Britain and France -- rely on medieval monarchs and dictators to control the Mideast while democratic politicians and movements are ignored. Iran, in spite of its many rigidities and failings, remains one of the region's more democratic states. Ask our Saudi or Kuwaiti allies when was the last time they held a real election?

The failure of western intelligence services to provoke serious uprisings in Iran (or Russia), means that the military option is increasingly tempting. This probably means provoking military clashes with Iran in the Gulf leading to full-scale attacks on its nuclear infrastructure and industry. US warplanes and warships are actively probing Iran's borders. In addition, US forces are getting ever more deeply involved in the Yemen War.

When the US last considered a major attack on Iran during the Bush years, the Pentagon (which opposed the idea) estimated it would need 2,800 air strikes against Iran on Day One alone.

Many of the same war party crowd that engineered the 2003 US invasion of Iraq are now running the Trump administration. Their goal is to cripple Iran and leave the Mideast to joint Saudi-Egyptian-Israeli control.

Recall President George W. Bush's assertion that once he had crushed Iraq the next targets of US military intervention would be Lebanon, Syria, Iran and then Pakistan.

Invading Iran would not be easy. Iran has very little capability to project power beyond its borders. Its air force, artillery and tanks are decrepit. America controls the skies from Morocco to Afghanistan. Iran is vulnerable to raids and small incursions but subjugating this large, mountainous nation of 80 million would be very difficult.

In fact, a Iranian Revolutionary Guards commander once told me, "Let the Americans invade. They will break their teeth on Iran." Over-confidence, of course, but he had a point. Fighting on the defensive in urban areas, Iran could offer fierce resistance.

Related Topic(s): Invasion; Iran Russia Alliance; Iran Versus Israel; Israel; Syria, Add Tags
Add to My Group(s)
Go To Commenting
The views expressed herein are the sole responsibility of the author and do not necessarily reflect those of this website or its editors.