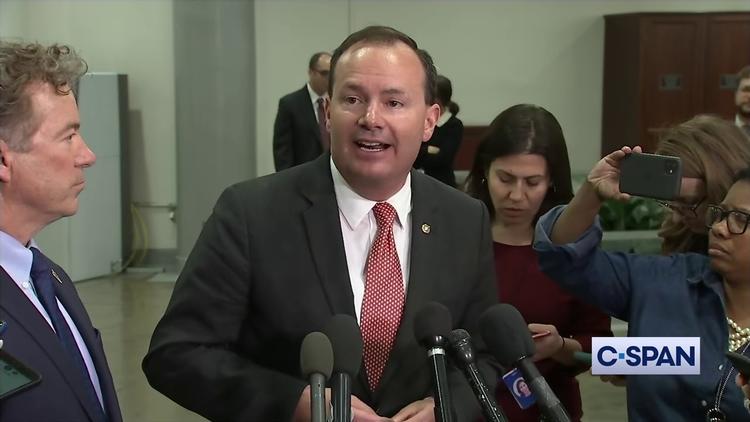 Trump himself and figures in his administration, such as secretary of defense Mark Esper, have repeatedly failed to provide any evidence of the imminence of any threat.

It is easy to demonize Soleimani in the US, since he certainly was an enemy of US interests in the Middle East for much of his career. But he does not appear to have killed or had killed any Americans at all in the past decade, and from 2015 because of the UN Security Council nuclear deal with Iran, Soleimani was not an adversary of the US in recent years. In fact, he was often a de facto ally and the US Air Force gave him air support at Tikrit and elsewhere in the campaign against ISIL (ISIS, Daesh). In fact, for a while there Soleimani was fighting ISIL and al-Qaeda-linked militias in Syria in tacit alliance with the Kurds supported by the United States at a time when Israel allied with an al-Qaeda affiliate in the Golan Heights.

Moreover, the entire narrative of the Trump administration was undermined by Iraqi Prime Minister Adil Abdelmahdi, who told Parliament on Jan. 5 when he asked its members to kick out the US military, that he had personally invited Soleimani to Baghdad as part of a back-channel set of negotiations between Saudi Arabia and Iran aimed at cooling down tensions between the two. Soleimani did not sneak into Iraq on a covert mission. He flew on a commercial jet and went through passport control with his diplomatic passport.

While an attempt was made to invade the US embassy on the Wednesday before Soleimani's arrival, that was done by members of the Iraqi militia, the Kata'ib Hizbullah, who were angry that on December 30, the Trump administration bombed its bases in northern Iraq and killed some two dozen of its fighters. Trump blamed Kata'ib Hizbullah for a rocket attack on a base at Kirkuk that killed an American contractor. It is murky in open, unclassified sources whether Kata'ib Hizbullah actually fired those rockets. Nor is there any evidence in open sources that Soleimani ordered the Iraqi militia to so act. US intelligence may have signals intelligence to that effect, but since Soleimani is dead, they should share that at least with the Gang of Eight in Congress if they have it.

For all we know, a foreign government hostile to the Iraqi Shiite militias and to Iran passed this allegation over to Trump as a false flag to manipulate him, and he swallowed the bait. Saudi Arabia, the United Arab Emirates and the Israelis would all have a motivation to behave this way and their close military and intelligence ties with Washington would make them credible if they wanted to run such a scam on the naive and gullible Trump.

Then, as The Week pointed out, the New York Times reported that while CIA director Gina Haspel had not taken a policy position on killing Soleimani, she had assessed for the administration that removing him would improve US security while not incurring unbearable risks of reprisals from a weak Iran. Haspel had supported the torture of al-Qaeda prisoners and is known for being ruthless, so you'd expect an assessment like that from her. It isn't, however, an argument that Soleimani posed an imminent threat, just that he was an able adversary whose removal from the board would benefit the US side in its attempt to strangle Iran.

Then there was the fiasco of the post-operation briefing of Congress by the Trump Pentagon on the killing of Soleimani, which actually enraged Republican Sen. Mike Lee (R-Utah), who says he supports president Trump.

C-Span:"Sen. Mike Lee on Iran Briefing: "That was insulting."

Lee called the briefing the worst he had seen in nine years in Congress and said it was "insulting" and "demeaning." He and his colleagues were given no significant intelligence and were just told to salute and go along. He accused the executive of acting like a king and disregarding the prerogative of Congress to declare war.

Yesterday, Sunday, Rep. Justin Amash (I-Michigan), a Republican until Trumpism forced him out of the party, tweeted that "The administration didn't present evidence to Congress regarding even one embassy. The four embassies claim seems to be totally made up. And they have never presented evidence of imminence -- a necessary condition to act without congressional approval -- with respect to any of this."

Amash was reacting to an interview given on Sunday by Secretary Esper in which he admitted that he had not seen specific intelligence showing that Soleimani was imminently going to attack four US embassies. This admission contradicted what Trump had just alleged, since Esper would certainly have seen the intelligence underpinning Trump's allegation if it existed (which it obviously does not).

One of the ways the Bush administration pushed the supposed WMD threat from Iraq was that the third man in the Pentagon at the time, Doug Feith, set up and headed an ad hoc committee inside the Pentagon, the Office of Special Plans. Its task was to comb through raw intelligence and cherry-pick it for evidence of Iraqi nuclear, biological or chemical weapons programs. Feith even had people brief Congress off of these cherry-picked reports, undermining the CIA, in a way that was by statute actually illegal.

Related Topic(s): Isil; Soleimani; Trump And Iran; Trump Bully In Chief; Trump Liar; Trump Warmonger, Add Tags
Add to My Group(s)
Go To Commenting
The views expressed herein are the sole responsibility of the author and do not necessarily reflect those of this website or its editors.