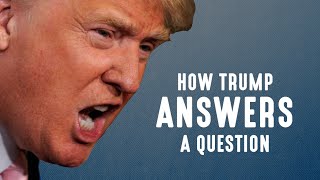 The Trump administration has shot itself so many times in the foot, it's a wonder it is still able to stand. Time and again, whether to do with Venezuela, Russia, China, Europe, Iran or the rest of the world, Washington keeps blowing holes in its own credibility and ultimately longevity as a global power. Is the Trump administration sadomasochist or just plain stupid?

Take this report from Bloomberg that US imports of crude oil from Russia are set to triple this year compared with last year. If we use 2017 as a base figure, then US imports of Russian oil are in line for a ten-fold increase. Why? Because the Trump administration has slapped sanctions on its erstwhile chief supplier, Venezuela, supposedly in a "smart" strategy to force regime change against President Nicolas Maduro by making the South American country "cry Uncle."

Right, so then to make up for the resulting shortfall to US oil refineries keeping the US economy running, Washington is having to call up alternative sources like Russia. But hold on a minute. Russia is supposed to be a "bad guy." The US has imposed sanctions on Moscow for allegedly destabilizing Ukraine, annexing Crimea and meddling in American elections. Some of these US sanctions have even targeted Russian oil companies presumably to "teach Moscow a lesson." Yet, here's Washington buying up Russian oil like there's no tomorrow. A likely ten-fold increase over a two-year period, all because Trump has a fixation about forcing illegal regime change in Venezuela, an ally of Russia. And remember this is the same US which is threatening to impose sanctions on Europe over the Nord Stream II project with Russia amid Washington's accusations that the Europeans will be dependent on Russia for energy. Say what?

Then there's China. Here's another case of aiming the gun at the barn door and blasting yourself in the foot. Trump's "genius" trade war with America's biggest source of exports is, at it turns out, hitting US consumers and producers hardest. Tariffs imposed on Chinese goods to force Beijing to submit to Washington's demands for "fairness" are rebounding with higher consumer prices in US retail stores like Walmart. American farmers are finding that their orders for soybean and other products to China are being slashed by Beijing in retaliation for Trump's tariffs. Low-income Americans and farmers are supposed to be Trump's voter base for his reelection bid in 2020.

Nike, the iconic American sportswear brand, is "crying Uncle" over Trump's trade war with China. The firm is reportedly among 170 shoemakers whose production lines based in China are being clobbered by Trump's tariffs on Chinese exports. Nike is pleading for Trump to exempt it and other US suppliers from his "smart" tariffs.

The Trump administration is banning Chinese telecoms giant Huawei over "national security" concerns, which is just a cover for strong-arming out of the marketplace because supposedly "free market" America can't compete on market principles. Trump is having to reverse the ban after finding that a lot of US consumers actually use Huawei and are pissed off. Also, quite a few American technology producers are suppliers to Huawei for its phone products. Trump's gung-ho policy against the Chinese firm is backfiring on American consumers and producers alike.

In a globally integrated world of supply chains and consumer markets, it is nonsensical and self-defeating for the Trump administration to think that it can simply shut China out from US trade. With an annual trade deficit with China of $350 billion, the US economy depends on Chinese exports for its existence. Cutting off China as Trump is doing is tantamount to cutting your nose off to spite your face.

Let's look at Europe. The Trump administration is bullying the Europeans over a number of issues. Continually griping that they are not spending enough on the NATO military alliance, Trump has ended up forcing the Europeans to consider setting up their own European Army. German Chancellor Angela Merkel and French President Emmanuel Macron are among those leaders who are pushing the rest of Europe to take care of its own defenses independent from the US. If NATO becomes shelved then that's a crucial pillar gone for American influence over European geopolitics.

Trump's insufferable browbeating over NATO is only one issue among many. Like China, he wants to slap tariffs on European exports because the Europeans are also accused of being "not fair" to "benign" ever-so "righteous America." Eh?

Related Topic(s): Huawei; Justice Denied; NATO; Nike; Sanctions; Tariffs; Trump Against Democracy; Trump Bigotry, Add Tags
Add to My Group(s)
Go To Commenting
The views expressed herein are the sole responsibility of the author and do not necessarily reflect those of this website or its editors.