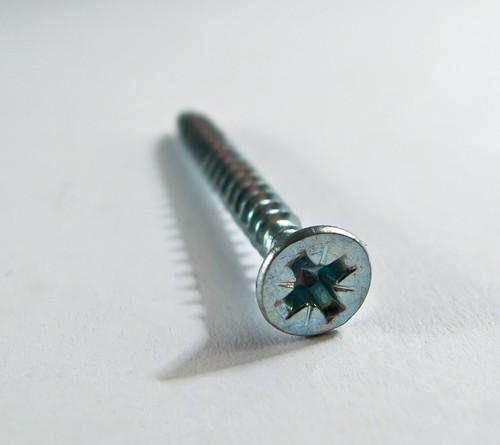 President Trump is in the process of attempting to get yet another of his programs put in place. This time it is his tax plan (detailed here: Unified Framework for Fixing Our Broken Tax Code). He and his supporters believe that what he has laid out will both strengthen the middle class and reinvigorate business. I will examine these claims.

To start, the President is quite right that we have problems that need to be addressed and that they could be at least partially ameliorated by changing the tax system. Two of the most pressing are the current distribution of income and the continued weak demand for labor. With respect to the former, the shift from the poor and middle class to the rich has been so well documented that both parties' campaigns acknowledged it and promised to address it. A capitalist economy runs from the bottom up, from consumer to producer, and this is a critical area to address. In terms of the second, yes, unemployment is down, a process that began in earnest during the Obama administration. But U-6, the broader measure that includes marginally-attached workers and people who are doing part-time work but would prefer full-time, remains at 8.6%. Again, this is something that has become so widely accepted that both parties treated it as a fact in evidence during the campaign. And not only do we want unemployment of every variety to be lower, but this would also help to address the income-distribution problem.

Each item of the tax reform will therefore be evaluated in terms of the likelihood that it may 1) help the middle class to recover or 2) increase the demand for labor (which should not only reduce unemployment but also raise wages and therefore help with #1). Within this context and acknowledging the fact that many details remain unsettled, the tax plan has some good, some bad, and some ugly.

" Increased Deductions and Tax Credits for Children, New Tax Credit for Non-Child Dependents: Anything that reduces the tax burden has the potential to increase demand--not as effectively as an increase in government spending, but nevertheless (see 'The Ugly' for more on this). The biggest caveat here is that one must already have a decent job for it to be very helpful. A single mother working at a minimum-wage or part-time job won't have much of a tax burden to start with. Hence, though it may help those in the middle class, it does little to move one into that category from below.

" Consolidation of Tax Brackets, Simpler Overall System: Assuming the progressivity remains (and this has been promised), which helps address the income distribution issue, simpler can't be a bad thing. The overall economic impact may be close to nil, but there will be fewer short tempers around tax time. Maybe lowering blood pressure raises GDP?

" Revised Tax Rate Structure for Small Business: Let me open here with a warning: generally speaking, tax cuts don't cause businesses to hire more workers (I will return to this below). If your restaurant is half empty, you need customers. Of course you would welcome the tax cut and this may help to at least temporarily preserve the jobs of those servers and cooks currently at your establishment. Nothing, however, is going to cause you to increase employment until you find that you cannot meet demand with current staff. Then, even if taxes aren't cut, you'll start hiring. All that said, however, small businesses are the first ones to suffer in a downturn and they are the ones that generate the most new employment is in the upturn. Plus -- and this is admittedly entirely a personal bias -- these are often among the hardest-working people in the economy. When you start a family restaurant, you can forget vacations and weekends off for the foreseeable future. You are there before opening and after closing and every problem is your problem. A tax cut helps them and I think that's a positive. (I have a real soft spot for these people, as I do for other group that falls into the hardest-working category: low-wage workers.)

" Elimination of State Income Tax Deduction: I'm going to include this here because, while this is clearly a negative when compared to the first item above, early reports suggest that its biggest impact will be on a wealthy minority (White House: State and local tax deduction will be gone, but this is not a 'red line'). This clearly helps with the income distribution issue. The justification for it, however, is rather frightening (i.e., that it will help offset the other tax cuts; see 'The Ugly').

These might be neutral or even make things marginally worse.

" Cut in Corporate Tax Rates: The theory here is that it would stimulate economic activity and employment. But, as argued above, firms don't change hiring as a result of changes in the tax burden. And, while I stood in favor of this with respect to small business, for corporations this has the potential to further consolidate their power (Corporate concentration). A capitalist economy grows from the bottom up, not top down, because the former is the core of demand for goods and services. Adam Smith was about competition, not concentration.

" Elimination of Estate Tax, Tax Cuts for the Wealthy: This will affect exceedingly few individuals, but it is clearly counter to the goal of returning us to a distribution of income where money is in the hands of those who spend rather than save. There is at least currently a promise to maintain at least the current degree of progressivity to the tax system. We shall see. If not, this needs to be shifted under 'The Ugly'.

" Reduced Taxes on Repatriated Funds: The rationale for this move is to encourage multinationals to bring money back to the U.S. and invest it here rather than abroad. The problem is that Ford doesn't have plants in Chihuahua, Cuautitlan, and Hermosillo because taxes are lower in Mexico than they are in Michigan, it's because labor is cheaper: "U.S. autoworkers made, on average, just under $30 per hour compared with just more than $5 per hour in (Mexico) 2014, according to Kristin Dziczek, director of the labor and industry group at the Center for Automotive Research in Ann Arbor" (6 reasons Ford picked Mexico for a new plant ). I can't even begin to imagine the tax break necessary to even that playing field. If multinationals bring money back home, it won't be to invest in physical capacity or employment.

John T. Harvey is professor of Economics at Texas Christian University, an author of multiple books on economics and he’s a blogger at Forbes.com.

Related Topic(s): Donald Trump; Tax Cuts, Add Tags
Add to My Group(s)
Go To Commenting
The views expressed herein are the sole responsibility of the author and do not necessarily reflect those of this website or its editors.

Trump's Tax Plan: The Good, The Bad And The Ugly