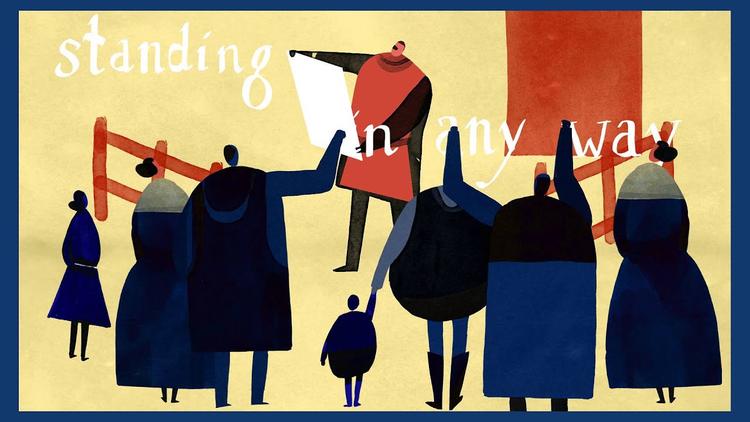 The US Supreme Court on Friday, by a 5-4 Republican Party majority, temporarily ruled to allow Trump to divert monies dedicated by Congress to the Defense Department budget to wall-building in the Southwest.

If the court makes the ruling permanent, it will be attacking the principle of the "power of the purse," the investment of authority over taxation and budget in parliament, which began with the Magna Carta [the Great Charter] in 1215. King John, the worst king in British history, tried to impose arbitrary taxes on the barons to fund his ruinous wars, and they rebelled and took London, forcing him to negotiate. It was settled that he couldn't raise taxes unilaterally by decree.

In essence, Trump (who is the worst president in US history and appropriately has "John" as his middle name) has taxed all of us against our will to fund his wall-building, since our elected parliamentary body did not designate funds for that purpose. The Supreme Court just sided with King John, overturning a key principle of the Magna Carta, the wellspring of democracy for 800 years.

The British Library: "What is Magna Carta?"

There was further incremental evolution in this relationship. The 1688 Glorious Revolution ended the king's ability to borrow money privately yet have the public be responsible for it. These developments inspired the Founding Fathers.

"By the beginning of the nineteenth century, the United States Congress already constrained executive discretion through detailed line item appropriations that prescribed the exact use of authorized expenditures, for instance by setting strict limits on specific expenses such as firewood and candles in particular offices. This tradition has its origins in colonial times, when legislatures were distrustful of British rule and invested much effort in scrutinizing administrative expenditures."

This is the sort of incremental achievement of democratic limits on the executive that the Supreme Court just shat upon.

The other principle that the Court just attacked is the separation of powers, a principle theorized by Charles de Montesquieu in his 1748 "Spirit of the Laws," which was a key influence on the framers of the US Constitution.

"By virtue of the first, the prince or magistrate enacts temporary or perpetual laws, and amends or abrogates those that have been already enacted. By the second, he makes peace or war, sends or receives embassies; establishes the public security, and provides against invasions. By the third, he punishes criminals, or determines the disputes that arise between individuals. The latter we shall call the judiciary power, and the other simply the executive power of the state.

"The political liberty of the subject is a tranquility of mind, arising from the opinion each person has of his safety. In order to have this liberty, it is requisite the government be so constituted as one man need not be afraid of another.

"When the legislative and executive powers are united in the same person, or in the same body of magistrates, there can be no liberty; because apprehensions may arise, lest the same monarch or senate should enact tyrannical laws, to execute them in a tyrannical manner.

Related Topic(s): Democracy; Justice; Magna Carta; Supreme Court Hypocrisy; Trump Against Democracy, Add Tags
Add to My Group(s)
Go To Commenting
The views expressed herein are the sole responsibility of the author and do not necessarily reflect those of this website or its editors.