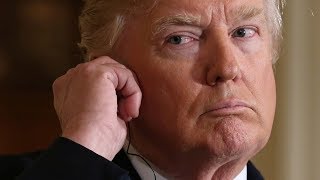 Trump's decision to withdraw US forces from Syria is extremely reckless and is bound to backfire in more than one way. To make such a decision, which has major implications that directly and adversely affect our allies in and outside the region, through a simple tweet and against the advice of his senior advisers is nothing short of outrageous. This is the most valuable New Year's gift that Trump could possibly give Russia, Iran, Hezbollah, and Turkey. What on earth did he base his decision on, as from every angle we examine it there seems to be absolutely no good that could possibly come out of it.

In fact, our forces should not only remain in Syria but be further augmented to secure our, as well as our allies' short- and long-term national interests throughout the region. The reasons for staying and even further boosting US forces in Syria are manifold.

The pull-out of US forces at a time when Iran is in the process of establishing several permanent military bases in Syria, loaded with medium and long-range missiles that can reach any part of Israel, is a recipe for war between Israel and Iran. The American withdrawal would motivate Iran to further destabilize the region, support extremist groups, especially Hezbollah, and accelerate its ballistic missiles program. More importantly, it will allow Iran to secure a contiguous landmass from the Gulf to the Mediterranean.

Every military observer strongly suggests that the continued American military presence in Syria would force Tehran to think twice before it further entrenches itself in the country, fearing American retaliation that Iran cannot take lightly.

For decades, our allies in the region (the Gulf states, Jordan, and Israel) have and continue to depend to various degrees on the US' protection of their national security. The US military presence in Syria is central and without it, Russia, Iran, and Turkey would further destabilize the region and force America's allies to suffer the consequences from the vacuum that we leave behind, which our adversaries will be quick to fill.

Furthermore, Trump's claim that ISIS has been defeated and that our mission is accomplished is nothing but a bald-faced lie. ISIS is still very much alive and the US' military presence in Syria has both practical and symbolic implications that cannot be ignored. It is estimated that between 15-20,000 fighters remain in the region, and scores of sleeper cells exist throughout the Middle East and Europe. But sadly, given Trump's domestic troubles, he is desperate for a win, however presumptuous and uncanny, just before the end of the year. Only a sick person, such as this president, will sell his country down the river to satisfy his inflated ego.

More troubling than anything else, Trump shamelessly betrayed one of our closest allies in the fight against ISIS -- the Syrian Kurds (YPG). By his unconscionable decision, he left their fate to the butcher of Ankara -- Erdogan -- who is determined to battle the Syrian Kurds into submission while aiming to establish a permanent presence in the country.

Nothing will deter the main antagonistic players in Syria -- the Assad regime, Russia, Iran, and Turkey -- other than a robust American military presence. For these countries, the mere American presence sends a clear message that the US intends to play a weighty role in the search for a solution to the civil war in Syria that will protects its own national interests and those of its allies.

America's military absence is a factor, and no one who knows the dynamic of the conflict, the power plays, and the continuing volatility of the region can claim otherwise. Even a cursory review of the conflicts currently raging in the Middle East suggests that the US' stature is diminishing, and we are much worse off today than we were in 2003.

The absence of American military muscle in Syria would further marginalize the US while allowing Russia, Iran, and Turkey to disregard the US without suffering any consequences and give Russia an entirely free hand, making it the ultimate arbiter in the country.

History is instructive, and the US, regardless of its global geostrategic national interests, cannot involve itself in every conflict. That said, the US must not be paralyzed by past misguided policies. But if we must withdraw our forces from any country, after 17 years it should be Afghanistan, where we are fighting a simply unwinnable war, no matter how much money and manpower we continue to dedicate to the war effort against the Taliban.

The US cannot impact the development of events in Syria without a credible and strong military backing to deter any adversary from acting with impunity in any way deemed inconsistent with the US' and our allies' strategic interests.

Trump's haphazard and thoughtless decision to withdraw forces from Syria points only to his abdication of the US' moral responsibility, not to speak of its global leadership, which has been dangerously waning under his disastrous policies.

Related Topic(s): Allies; Attack On Iran; China Russia Alliance; Iran Russia Alliance; Trump Putin; Trump Trainwreck; Turkey; Vladimir Putin, Add Tags
Add to My Group(s)
Go To Commenting
The views expressed herein are the sole responsibility of the author and do not necessarily reflect those of this website or its editors.