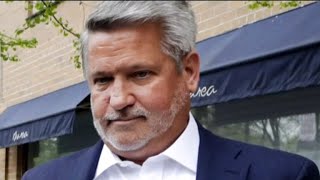 Years ago -- many years ago -- I was a Fox News commentator. (Forgive me.) And the Fox News exec I dealt with the most was Bill Shine, then the No. 2 at the conservative cable network. On Thursday, the White House officially announced that President Donald Trump had chosen Shine to be the next White House communications chief. The news comes a year after Shine was booted out of Fox following accusations that he covered up the alleged sexual misconduct of Roger Ailes, the former Fox News poobah, and after Shine attempted to keep alleged sexual harasser Bill O'Reilly in his position.

This mind-meld of Fox and Trump's White House was probably inevitable. Now Trump, without tweeting, can be fully wired into the network that often functions as state television. This is true synergy. A political-corporate M&A.

As we ponder this development, I have one anecdote to share about Shine.

When I was an analyst at Fox -- and always free to say whatever I wanted to -- I would meet with Shine once in a while. Usually this was when it was time to renew my small contract. After we finished the "negotiations," we would argue about politics for a bit. Shine always seemed more keen to discuss issues that would juice up the Fox audience than to advance any of his own political preferences or beliefs. He struck me as a die-hard, only-ratings-matter TV exec who could easily fit into a cooking or sports network. And one day, I did gain a bit of insight into how he thinks.

David Corn is  Mother Jones ' Washington bureau chief. For more of his stories,  click here . He's also  on  Twitter  and  Facebook .  RSS  |  TWITTER  David is (more...)
Related Topic(s): Bill Shine; Communications Director; FOX NEWS; Trump Bully In Chief, Add Tags
Add to My Group(s)
Go To Commenting
The views expressed herein are the sole responsibility of the author and do not necessarily reflect those of this website or its editors.