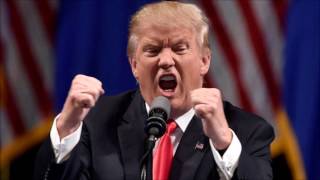 Trump then asked, referring to the Department and the FBI, "why aren't they going after Hillary Clinton with her emails and with her dossier?"

In a series of tweets Friday morning, Trump directly called on the Justice Department and the FBI to "do what is right and proper" by launching criminal probes of Hillary Clinton.

Trump's obvious aim was to deflect attention from special counsel Robert Mueller's probe of his campaign, and of the indictments issued against his campaign aides.

But by calling on the Justice Department to investigate Hillary Clinton, and lamenting he cannot do "the kind of things I would love to be doing," Trump crossed a particularly dangerous line.

In a democracy bound by the rule of law, presidents do not prosecute their political opponents. Nor, until now, have they tried to stir up public anger toward their former opponents.

Our democratic system of government depends on presidents putting that system above their own partisan aims.

As Harvard political scientist Archon Fung has noted, once an election is over, candidates' graciousness to one another is an important demonstration of their commitment to the democratic system over the specific outcomes they fought to achieve.

This helps reestablish civility and social cohesion. It reminds the public that our allegiance is not toward a particular person or party but to our system of government.

Think of Al Gore's concession speech to George W. Bush in 2000, after five weeks of a bitterly contested election and just one day after the Supreme Court ruled 5-4 in favor of Bush. "I say to President-elect Bush that what remains of partisan rancor must now be put aside, and may God bless his stewardship of this country."

Gore publicly bowed to the institutions of our democracy. "Now the U.S. Supreme Court has spoken. Let there be no doubt, while I strongly disagree with the court's decision, I accept it ... And tonight, for the sake of our unity as a people and the strength of our democracy, I offer my concession."

Many voters continued to doubt the legitimacy of Bush's victory, but there was no social unrest, no civil war. Americans didn't retreat into warring tribes.

Think of what might have occurred if Gore had bitterly accused Bush of winning fraudulently, and blamed the five Republican appointees on the Supreme Court for siding with Bush for partisan reasons.

Related Topic(s): Legacy; Policies; Trump Idiot-in-chief; US Constitution; Winning, Add Tags
Add to My Group(s)
Go To Commenting
The views expressed herein are the sole responsibility of the author and do not necessarily reflect those of this website or its editors.