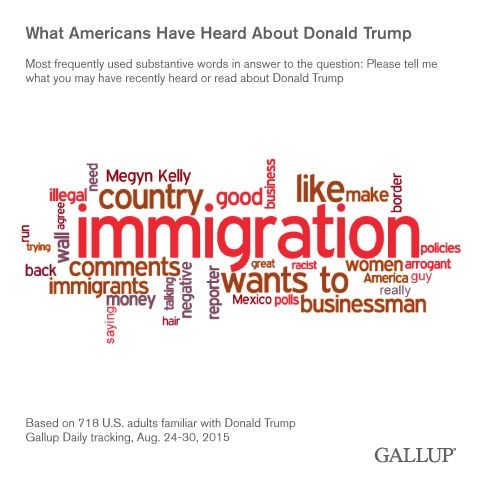 Then they came for the documented immigrants.

A frequent rebuttal one receives from Republicans when they're confronted with questions about Donald Trump's war on immigrants is "They should come here legally."

This is, of course, a reductive fallacy that might make a catchy pick-up truck bumper sticker or fascist-right slogan. In the real world, however, immigration is a complicated issue that immigrants simply "coming here legally" cannot assuage.

Consider the fact that although Donald Trump may have stalked the campaign trail in 2015-16 with saber-rattling about illegal immigration, now he is president, he has no intention of demonizing only those in this country without proper documentation.

In its intent to make America whiter again, the Trump administration has moved into its next phase of shutting out documented immigrants as well.

"The Trump administration will penalize legal immigrants who rely on public programs, such as food stamps and government-subsidized housing, as part of a sweeping new policy to slow legal immigration into the United States and reduce the number of immigrants who are granted permanent legal status.

Naturally, the administration is hoping the "personal responsibility" excuse will work to justify its cruelty.

"Through the public charge rule, President Trump's administration is reinforcing the ideals of self-sufficiency and personal responsibility."

And the fait accompli: under the new rule, legal immigrants who rely on public assistance will be ineligible for green cards, thereby making them "illegal."

"Starting in October, the government's decision will be based on an aggressive wealth test to determine whether those immigrants have the means to support themselves."

So much for Emma Lazurus' stanza "Give me your tired, your poor, your huddled masses yearning to breathe free, the wretched refuse of your teeming shore, send these, the homeless, tempest-tost to me, I lift my lamp beside the golden door!" etched in stone on the Statue of Liberty.

Related Topic(s): Citizenship; Food; Government; Immigrants; Immigration; People; Republican; Trump; Trump Bigotry; Trump Cruelty; (more...) Work, Add Tags  (less...)
Add to My Group(s)
Go To Commenting
The views expressed herein are the sole responsibility of the author and do not necessarily reflect those of this website or its editors.