The coverage of the upcoming Presidential election has certainly been overshadowed by the coronavirus pandemic. And perhaps that's the reason there has been scant scrutiny of one very serious aspect of it: Trump's very life probably depends on his winning that election. And, when one considers the bleak reality of someone who has no real moral boundaries to begin with, faced with the prospect of life imprisonment, we can all safely assume that Trump will push the envelope of his own moral bankruptcy to avoid having to face his own just desserts.

I'm referring of course to the fact (which surprisingly goes un-noted), that if Donald Trump does not win re-election in November, he is more than likely to spend the rest of his life behind bars.

Up until now, Trump has been protected by the now infamous Department of Justice rule stating that a sitting President cannot be indicted. But the moment Trump steps out of the White House, he will be buried by an avalanche of litigation which is now on "hold". As of 9/25/19, the NY Times was actively tracking 30 Congressional, Federal, Criminal, State and Local investigations into Trump's businesses, campaign, inauguration and presidency. And I think that there is every likelihood that Trump will be convicted on enough of these charges to spend the rest of his life in prison.

I would not be surprised if, at this juncture, Trump's desire to be re-elected has more to do with this rather dire inevitability, than any wish to be President. Or, "I think I know why the caged Buffoon screams... "The sheer terror of what he knows is waiting for him the moment he steps outside the White House gates, must be literally unbearable for him. He, therefore, will stop at nothing to avoid being at the mercy of the criminal justice system, and will do absolutely anything he can to remain right where he is. This, in turn, is bound to create no small problem for those of us who wish him finally gone. We can assume unprecedented levels of voter suppression, ballot tampering, disinformation campaigns, smear campaigns, etc, with Trump pulling out every, single last stop to win. He will, I'm sure, even come up with new and novel methods of corrupting the process, heretofore never even dreamt of. And he will (of course) use the current pandemic in every way possible to skew the results and further enhance his chances of winning.

So, I think we best start preparing ourselves for a kind of Banana Republic style "election" this November, the likes of which we have never before experienced.

The President's very life hangs in the balance. 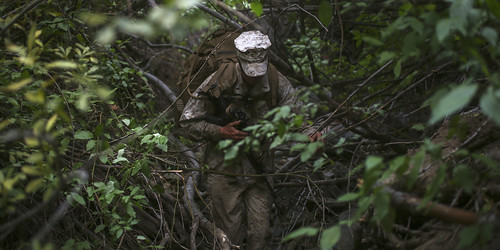