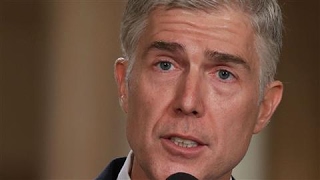 In less than two years as president, Donald Trump has already put two radical right-wing justices on the Supreme Court, cementing a conservative majority on the Court for decades. He has also placed 29 right-wing judges on the federal circuit courts of appeals with more in the works by the end of the year. These judicial appointments threaten to endanger our rights for years to come.

We are painfully aware of how Trump and his GOP congressional leadership stole a Supreme Court appointment from Barack Obama and installed Neil Gorsuch, who has delivered conservative decisions as expected. And millions of us watched horrified as Brett Kavanaugh, Trump's second Supreme Court pick, laid bare his right-wing bona fides as he lied under oath about a number of things and rallied conservatives in defense of rape culture.

Kavanaugh, who joined the high court on October 9, has not yet had the opportunity to rule on a case. But he showed his true colors during oral argument in Nielsen v. Preap, a case involving the right to a hearing for immigrants with criminal records before being imprisoned during the pendency of their deportation proceedings. Kavanaugh, who whined about being deprived of due process when he was accused of sexual assault, appears poised to vote with his fellow right-wing justices and deny immigrants who have already served their time any due process at all.

There is widespread focus on Trump's two Supreme Court nominees. But there is less public awareness of how Trump has been systematically packing the federal circuit courts of appeals with conservative judges who are already slashing the rights of workers, immigrants, women, LGBTQ people, consumers, voters, the environment, people accused of crime and whistleblowers.

People for the American Way just released a report detailing the mean-spirited decisions that Gorsuch and Trump's 29 circuit court judges have already handed down.

Since joining the Court a year and a half ago, Gorsuch has not disappointed his conservative Federalist Society and Heritage Foundation backers, which put him on a list of acceptable right-wing judges from which Trump chooses his nominees. Gorsuch has cast the deciding vote in 14 cases that hurt workers, consumers, voters, immigrants and reproductive rights, and upheld abuses of government authority.

In Janus v. AFSCME, Gorsuch sided with the other four arch-conservative justices to overrule long-standing precedents that protected the right of public-sector employees to participate in effective collective bargaining.

Gorsuch wrote the decision for the conservative majority in Epic Systems Corp. v. Lewis, which held that employers can require employees to sign arbitration agreements, foreclosing their rights under the National Labor Relations Act to use class-action lawsuits.

In Husted v. A. Philip Randolph Institute, Gorsuch and the rest of the right-wing justices upheld Ohio's voter purge system triggered by non-voting. As a result, more than 1 million voters were erased from the voting rolls.

The conservative majority, including Gorsuch, upheld Texas's redistricting schemes, which a lower court had unanimously said were established with the intent to discriminate against people of color, in Abbott v. Perez. Gorsuch also joined Clarence Thomas's concurrence where they suggested that Section 2 of the Voting Rights Act, which prohibits discriminatory voting practices, shouldn't apply to redistricting decisions.

In Jennings v. Rodriguez, Gorsuch and the other right-wing justices ruled that detained immigrants are not entitled to bond hearings under federal immigration law. As a result, thousands of people could be incarcerated for months or even years with no possibility of bail.

Gorsuch and his fellow conservatives held in Ohio v. American Express Co. that American Express's policy that forbids merchants from encouraging customers to use credit cards with lower fees does not violate antitrust laws.

Related Topic(s): Conservatives; Judges; Judiciary; Law; Rights Denied; US Supreme Court; Unconstitutional, Add Tags
Add to My Group(s)
Go To Commenting
The views expressed herein are the sole responsibility of the author and do not necessarily reflect those of this website or its editors.