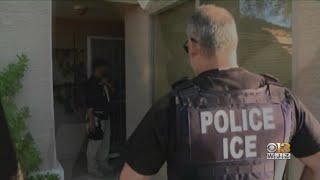 The US government's treatment of immigrant children not only shocks the conscience, it is also in chronic, blatant violation of US law. The US government's deliberate, unlawful cruelty to its child hostages was vividly illustrated by government attorney Sarah Fabian, a self-described mother, as she tried to explain to the disbelieving three judges of the US Ninth Circuit Court of Appeals how the US government could say it held children in "safe and sanitary" conditions as required by law. Fabian's stunning performance went viral, showing her defending conditions in which the government deprives its child-prisoners of soap, toothpaste, toothbrushes, or beds.

A federal district court had already ruled that these conditions were not "safe and sanitary." Fabian's coldly deceptive responses to the judges' incredulous questions is a stunning illustration of an attorney zealously representing her client, the US, with little regard for truth, humanity, decency, fundamental honesty, or the plain language of the governing law. Given the manifest bad faith of the US government in immigration matters over decades, one wonders: at what point does "just following orders" become a form of co-conspiracy in violating human rights?

The governing law for this case is the 1997 Flores Settlement of a 1985 class action lawsuit against the US for its treatment of immigrant minors held in detention. Subsequent Congressional action has codified parts of the settlement, but Congress has done nothing to disturb the settlement, as courts have previously ruled. The settlement itself is 28 pages long (including 14 pages of exhibits). It sets out nationwide policy that covers "the detention, release, and treatment" of all immigrant minors detained by US immigration authorities. The intent of the settlement is to assure that US immigration authorities treat, "and shall continue to treat, all minors in its custody with dignity, respect and special concern for their particular vulnerability as minors." This is the current law of the land and will remain the law of the land until Congress enacts any change that is signed by the president.

For the Ninth Circuit Appeals Court, the critical question of "safe and sanitary" conditions is addressed in Section V of the settlement, "PROCEDURES AND TEMPORARY PLACEMENT FOLLOWING ARREST." It is hard to find any legal or moral ambiguity in this section, which establishes a clear expectation that US Immigration authorities will treat the children in their custody with care and respect:

Whenever the [US] takes a minor into custody, it shall expeditiously process the minor and shall provide the minor with a notice of rights, including the right to a bond redetermination hearing if applicable. Following arrest, the INS shall hold minors in facilities that are safe and sanitary and that are consistent with the [US's] concern for the particular vulnerability of minors.

Facilities will provide access to toilets and sinks, drinking water and food as appropriate, medical assistance if the minor is in need of emergency services, adequate temperature control and ventilation, adequate supervision to protect minors from others, and contact with family members who were arrested with the minor.

If there is no one to whom the [US] may release the minor pursuant to Paragraph 14, and no appropriate licensed program is immediately available for placement pursuant to Paragraph 19, the minor may be placed in a [US] detention facility, or other [US]-contracted facility, having separate accommodations for minors, or a State or county juvenile detention facility. However, minors shall be separated from delinquent offenders.

Every effort must be taken to ensure that the safety and well-being of the minors detained in these facilities are satisfactorily provided for by the staff. [emphasis added]

Every minute you spend reading this, like every minute before and after, is another minute of trauma inflicted on children and infants by the US government, trauma deliberately and callously inflicted on children held in concentration camps for children, concentration camps run by US agencies with the moral standards of a Gestapo. These are all the unforced choices of the American government, choices that have been getting worse and worse for decades, choices that are now tantamount to crimes against humanity committed by an American government rendered monstrous by the overwhelming psychic numbness of its leaders and too much of its population.

The atrocity of American treatment of immigrants has been documented for years. Immigrants flee their countries that have become unlivable, in great part thanks to American support for brutal dictatorships. So they seek asylum here. The US, having punished them in their home countries, turns around and punishes them for coming here. The inspector general at Homeland Security documents the agency's criminal treatment of children and adults in report after report. This is an old story getting worse, and media report it in brutal detail. Attorney Holly Cooper, who represents immigrant children and co-directs the Immigration Law Clinic at the University of California, Davis, told AP:

In my 22 years of doing visits with children in detention, I have never heard of this level of inhumanity.

Another attorney, Warren Binford, was part of a monitoring team sent by the plaintiffs in the case before the Ninth Circuit Appeals Court. On Democracy NOW, she gave harrowing, eyewitness detail of her observations of the disgraceful treatment of children by US authorities at the Clint, Texas, Border Patrol station. That's the one that got so much bad publicity of late that the US has moved its child prisoners elsewhere.

In addition to the pornography of child brutalization, which is good at upsetting people but not so much at motivating them, attorney Binford noted that roughly half the children in custody have parents in the US. Statistically, of all the children in US custody, only about 12 percent have no parent or other relative to go to (as defined in the 1997 Flores Settlement). Despite cries of helplessness by the Trump administration, Binford said, "We are nowhere near the highest level of apprehensions that have been taken by the Border Patrol over the last several decades". And when they say that, it's simply not true." She noted that taxpayers are paying $775 per day per child to keep them in squalid conditions, when most of them have family to go to, only because the Trump administration prefers to break the law:

... they are absolutely breaking the law.

Vermonter living in Woodstock: elected to five terms (served 20 years) as side judge (sitting in Superior, Family, and Small Claims Courts); public radio producer, "The Panther Program" -- nationally distributed, three albums (at CD Baby), some (more...)
Related Topic(s): Children; Cruelty; Immigrants; Immigration; Police Killing Children; Torture; Trump Crime; Trump Cruelty, Add Tags
Add to My Group(s)
Go To Commenting
The views expressed herein are the sole responsibility of the author and do not necessarily reflect those of this website or its editors.