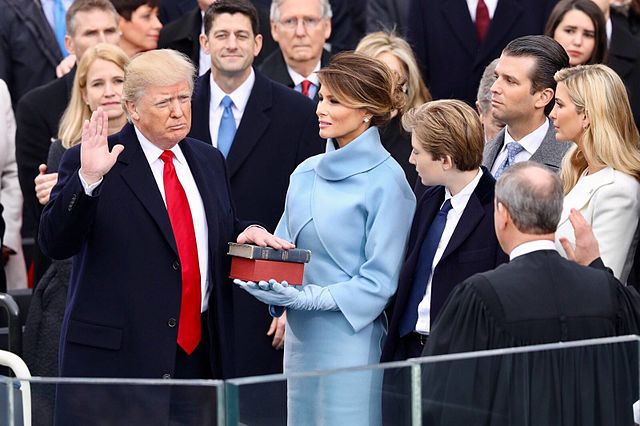 In March, US president Donald Trump promised the American public that US troops would be leaving Syria "very soon."

Nine months later, he threw Washington's political establishment into turmoil by finally ordering the withdrawal he'd promised. Politicians like US Senator Lindsey Graham (R-SC), who'd never once in four years bestirred themselves to authorize the previous president's decision to go to war there in the first place, railed against Trump's decision to bring the bloody matter to a close.

Instead of backing down in the face of opposition, Trump doubled down. Or, rather, decided to draw down the 17-year-long US military presence in Afghanistan.

Then he jetted off for a surprise Christmas visit to Iraq ... eliciting, with his usual theatrics, calls from Iraqi lawmakers for US withdrawal from THAT country. I suspect he may concede to that demand as well.

Nothing's written in stone, and both US foreign policy and Donald Trump are prone to sudden and unexpected turns. But the holiday season is a time of hope. Maybe, just maybe, nearly three decades of US war in the Middle East are coming to the beginning of their end.

Adding to that hope, let's turn an eye further east.

After significant saber-rattling and then a sudden turn toward personal diplomacy, Trump stood back and let events on the Korean peninsula take their course even as he continued the bellicose rhetoric and sanctions noises demanded of him by Graham and company.

As a result, North and South seem on the brink of ending a 68-year war. They've begun removing land mines and guard posts along the Demilitarized Zone. They've broken ground on a railway connecting the two countries.

Is it possible that Trump, as some of his supporters like to say, has been playing 4D chess while the rest of us distracted ourselves with checkers?

I'd really like to think so, and I do hope so.

As an advocate for ending US military adventurism, I've doubted Trump every step of the way. During his presidential campaign, he alternated between talking peace and pronouncing himself the most militaristic of the GOP's presidential aspirants.

I've generally found it safer to believe the worst, rather than the best, things politicians say about themselves. But at moments like these, his bizarre zigs and zags on the global 4D chess board suddenly seem in retrospect to have taken American foreign policy in the right direction.

If he brings home substantial numbers of the American fighting men and women now in harm's way around the globe, he will have secured his legacy and deserve the thanks of a grateful nation. I wish him every success in that endeavor.

Peace on Earth, goodwill toward men, and Happy New Year.

Related Topic(s): Trump Foreign Policy, Add Tags
Add to My Group(s)
Go To Commenting
The views expressed herein are the sole responsibility of the author and do not necessarily reflect those of this website or its editors.