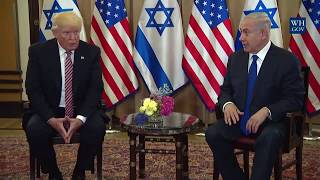 Peter Jenkins, a former British ambassador to the International Atomic Energy Agency, expresses concerns about the decisions of France, Germany, and the UK to appease President Trump on fixing "flaws" in the Iranian nuclear agreement. It is worth a read to see that the European governments are still Washington's toadies despite the "hate Trump" attitude that allegedly prevails among Washington's European vassals.

Readers need to understand that there are no flaws in the agreement. The allegation of "flaws" is an israeli orchestration in order to resurrect the attacks on Iran that the nuclear agreement terminated. What Trump is doing is appeasing Israel. Israel doesn't want Iran to have long range missiles, non-nuclear ones, that enhance Iran's defensive posture. More importantly, Israel does not want to lose the nuclear weapons charge that Israel invented and hoped to use to have the US military destabilize Iran a la Iraq and Libya.

Israel's problem with Syria and Iran is that both countries support Hezbollah, the Lebanese militia that has twice driven the vaunted Israeli army out of southern Lebanon, territory Israel wants to occupy for the water resources. If Israel, armed as it is with the American Zionist Neoconservatives who control US foreign policy, can resurrect the Western attack on Iran, Israel can perhaps pressure Iran to abandon Hezbollah and Lebanon to Israel.

Americans are so totally brainwashed by Israeli propaganda that there is no public restraint on Washington serving Israel's interest. And that is what Trump is doing. The tough guy is nothing but a panderer for Israel.

What is going on has nothing whatsoever to do with the Iranian nuclear or missile program. It has to do with Israel's use of US power, including the intimidation power over Europe, to remove Iran as a constraint on Israeli expansion.

Of course, the UK diplomat probably knows this, but he also knows that he cannot say it without being read out of his career as an "anti-semite."

Related Topic(s): Foreign Policy Failure Iran; Israel; Israel Runs Washington; Israel Versus Iran; Israeli Pressure On US, Add Tags
Add to My Group(s)
Go To Commenting
The views expressed herein are the sole responsibility of the author and do not necessarily reflect those of this website or its editors.