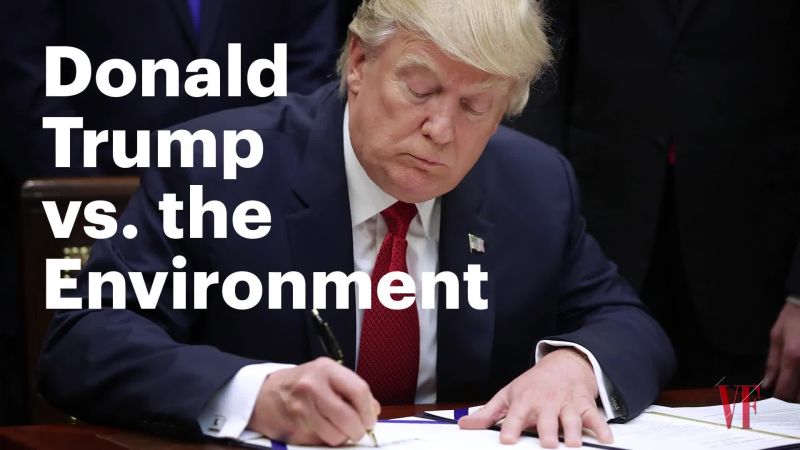 Although it's been reported Republicans secretly complain about Donald Trump's incompetence and ignorance of decorum, it's important to understand Republicans have been waiting decades for a president like Trump.

While it's true he's crude, clumsy, and calamitous, Trump is also ideologically vacuous and amoral enough to unquestioningly support libertarian policies former president Ronald Reagan famously laid bare when he announced during his first inaugural address, "Government is not the solution to our problems; government is the problem."

This has been the Republican party mantra for the past forty years.

Since then we have been subjected to record levels of corporate deregulation, Wall Street excess, environmental degradation, and federal agency dismantling.

Both parties are guilty to an extent.

About 50% of the Democratic party is in corporate pockets.

One of the most aggressive deregulation campaigns Republicans wage is against the environment.

Being the party most awash in fossil fuel money, Republicans know Trump's anti-science crusade is their best shot at smashing and grabbing whatever profits they can before a Democrat gets back into the White House and re-enrolls us in the Paris Climate Accords, or even does something truly progressive like supporting the Green New Deal.

The assault continues even as the United States leads the world in preventable coronavirus/COVID-19 cases.

However, the EPA 's new regulation would permit manufacturers to circumvent that requirement if no single PFAS chemical in a mixture released exceeds 1% of the total amount.

The agency has also decided to forego public comment, a typical part of the finalizing procedure.

Related Topic(s): Catastrophe; Climate Change; Ecocide; Government; Trump, Add Tags
Add to My Group(s)
Go To Commenting
The views expressed herein are the sole responsibility of the author and do not necessarily reflect those of this website or its editors.