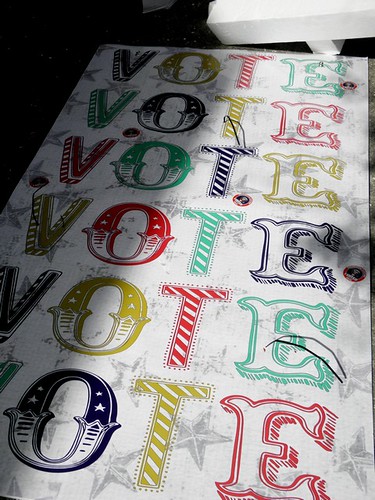 "Overwhelming" Evil in a Masked Nation of Lines

Every few weeks or so for the last three years, I have engaged in the masochistic exercise of seeing whether Donald Trump's latest outrages have significantly hurt his approval rating. The answer is almost always the same: not really.

Which is depressing, for the orange-brushed fascist's maniac's crimes and horrors are endless. Where to begin? Here's a short list:

+ passing a giant tax cut for the wealthy Few in a country where the top tenth of the upper One Percent already had more wealth than the bottom 90 percent.

+ waging a relentless and epic war on facts, truth, expertise, knowledge, science, and press freedom in ways that would make Orwell blush and Goebbels proud.

+ "joking" about being "president for life," expressing open admiration for authoritarian leaders (Bolsonaro, Duterte, Orban, Erdogan, Putin, the Saudi Crown Prince, and others) around the world, and encouraging "tough guy" violence and "civil war" in response to efforts to remove him from power through constitutional means including elections.

+ calling Haiti and African nations "shithole countries," denying Puerto Rico proper hurricane assistance, pardoning the fascist sheriff Joe Arpaio, and telling four progressive Congresswomen (all U.S. citizens and all but one born in the U.S.) of color to "go back to the crime-infested countries you came from."

+ eliminating all references to climate change (just the biggest issue of our or any time) by federal agencies, tearing up one critical environmental protection after another, demonizing renewable energy as "un-American," and absurdly claiming that California experienced epic wildfires because it didn't "sweep the forest floors."

+ shutting down the government, declaring a fake state of emergency, and criminally diverting taxpayer dollars, all to build sections of a vicious and corrupt wall on the southern border.

+ acting like a sick puppy under the command of his authoritarian role model and hero Vladimir Putin while deeply in debt to Russian (and other) oligarchs.

Paul Street (www.paulstreet.org and paulstreet99@yahoo.com) is the author of Empire and Inequality: America and the World Since 9/11 (2004), Racial Oppression in the Global Metropolis (2007), Barack Obama and the Future of American Politics (more...)
Related Topic(s): Coup; Election; Trump Against Democracy; Trump Cruelty; Trump Liar; Trump Re-election; Trump Threats; Trump Treason, Add Tags
Add to My Group(s)
Go To Commenting
The views expressed herein are the sole responsibility of the author and do not necessarily reflect those of this website or its editors.