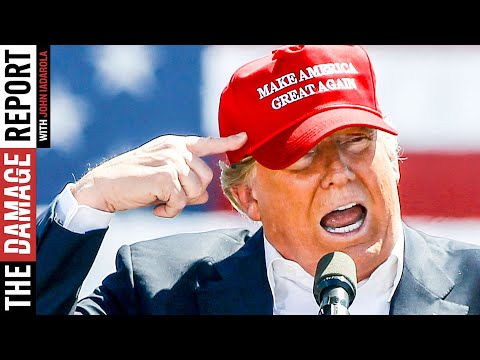 We have seen President Trump's dictatorial tendencies in the past, such as when he diverted Pentagon slush money to build his Berlin Wall along the border, or when he launched his vicious and destructive trade war against China, or when he raised taxes (i.e., tariffs) on the American people. All of these actions were done without congressional authorization, which is what dictatorship is all about.

That's the principle that Trump continues to violate. He likes the way things are done in dictatorial regimes, like China, Russia, Cuba, and North Korea. In his mind, he doesn't need a Congress or a Supreme Court. He's convinced that he knows best and that he wields the authority to do whatever he wants in the interests of the nation ... or in the interests of his reelection.

In the run-up to the November elections, Trump is at it again. After fruitless negotiations with congressional Democrats to come up with a new "stimulus" package, Trump has once again decided that he doesn't need Congress anyway. So, in the classic fashion that characterizes dictators everywhere, he has decided to simply issue executive decrees to provide largess to American voters.

These are all actions that lie exclusively under the prerogative of Congress. Trump can ask Congress to enact them, but he has no authority to implement them as president. In doing so, he is behaving as a dictator.

That's what a dictator does. He dictates. He orders. He commands. He doesn't have to go to a legislative body and ask for permission. He doesn't have to concern himself with a judiciary that can declare his actions unconstitutional. He just issues decrees, orders, edicts, and commands. Everyone is expected to obey and comply.

The Chilean dictator Augusto Pinochet, who was a military general that the CIA helped install into power, operated in this fashion. He would issue what he called "decree laws." That's because whatever decrees he issued were automatically the law. He didn't have to go to a congress to get laws enacted. He didn't have to worry about the courts nullifying them. He just issued his "decree laws," which everyone was expected to comply with.

When the American people adopted the Constitution, they didn't sign up for a dictatorial type of federal government. It is this type of dictatorial conduct for which any American president, including Trump, should be impeached and removed from office.

Related Topic(s): Donald Trump; Money; Trump Threats; Trump Wants Presidency For Life; Unconstitutional, Add Tags
Add to My Group(s)
Go To Commenting
The views expressed herein are the sole responsibility of the author and do not necessarily reflect those of this website or its editors.