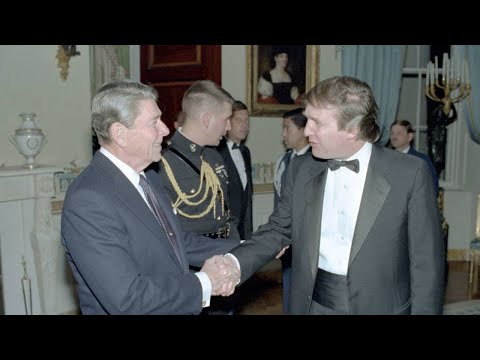 Donald Trump and his billionaire buddies are letting America die.

The billionaires who make their money from fossil fuels have bought off Trump and Republicans so that they're denying climate change while a dozen states in the West burn and the Gulf Coast is repeatedly ravaged by hurricanes. Firefighters are using dogs to identify the remains of homes where people died by the smell of burnt human flesh.

The billionaires who make their money screwing American students with almost $2 trillion in student loans bribed politicians in 2005 to make it illegal to declare bankruptcy on those loans. Across America, students are experiencing depression, despair, and suicide.

The billionaires who own millions of rental properties across the country are actively ignoring both legal requirements and morality-based requests, depending on the state, to prevent evictions and are today throwing people out of their homes in the middle of a pandemic.

The billionaires who own Fox News and some of our largest radio networks are facilitating lies about climate change and the coronavirus, both of which are killing people, while these billionaires live in their protected bubbles. They are also stoking racial violence by repeatedly portraying protesters calling for Black equality under the law as terrorists.

Massive tax cuts by Republican presidents (Ronald Reagan, George W. Bush and Donald Trump) have transferred fully $50 trillion from the homes and pockets of working people into the money bins and foreign bank accounts of the billionaire class since 1975. As a result, fewer than half of all Americans are still in the middle class, and fear and rage increasingly dominate the American political landscape.

Using that despair and anger people are feeling as they watch their lives be wiped out, their homes destroyed, and their jobs vanish, Trump and the Republican Party are fomenting violence and political instability by trying to scapegoat Black and Brown people. The growing QAnon movement, a rebranding of The Protocols of the Elders of Zion that the Nazis weaponized for political purposes in the 1930s, further asserts that "international Jewish bankers" like George Soros are behind it all, stoking anti-Semitism along with their garden-variety racism.

This all began in the 1980s with the so-called Reagan Revolution, when Reagan dropped the top tax rate from 70 percent to 28 percent and began a vicious, scorched-earth campaign to destroy unions across the country while he and George H.W. Bush authored NAFTA and other free trade agreements.

Reagan even championed the destruction of our public schools and the modern-day Republican rejection of science on everything from the origin of the Earth to climate change. He empowered people like "Christian" billionaire Pat Robertson who argued, at the peak of the AIDS crisis that Reagan refused to acknowledge, that the biggest crisis facing America was homosexuality.

If America is to recover from this hellscape that right-wing billionaires and their bought-off politicians have inflicted on us, it's going to require a massive, nationwide awakening and a nonstop multiyear effort.

Reaganism needs to be ripped out by the root. His policies of minimizing science, privatizing our public schools, defunding Social Security and social welfare programs, ending support for infrastructure repair and construction, wiping out union protections for working people, and transferring America's wealth to the billionaire class must be reversed.

Until Reaganism is utterly repudiated and reversed, the crises engulfing America will simply get worse and worse. If Democrats take power in 2021, this must be at the top of the to-do list.

Related Topic(s): Billionaires; Reaganomics; Trump Against Climate Change; Trump Against Democracy; Trump Cruelty; Trump Threats, Add Tags
Add to My Group(s)
Go To Commenting
The views expressed herein are the sole responsibility of the author and do not necessarily reflect those of this website or its editors.