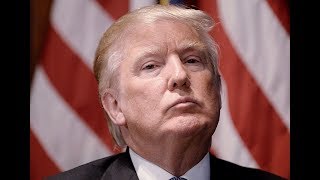 Part I -- Moment One

In the last few weeks President Trump has gone through a series of defining moments, in which his disturbing rhetorical reactions to historical developments have opened a window on his sense of the world and the nation.

Let's pick up the story on Friday, August 11. On that day the New York Times (NYT) announced "Conservatives Relish the 'Fury' in Trumps Talk." A blurb for the article said, "Fans of Tough Rhetoric See a Promised Kept." The reference was to Donald Trump's suggestion that he would respond to any North Korean aggression with a counterattack of "fire and fury." Maybe he would even consider a preemptive strike.

The "fire and fury" talk seems to have been a spontaneous, uncensored display of what President Trump would do to North Korea if not precariously held in check by select others -- perhaps certain Republican Party leaders and military advisers -- who will now try to sublimate the president's belligerency into a new strategy for Afghanistan.

As is typical of spontaneous responses, the "fire and fury" outburst was contextualized not by historical facts or thought-out policy, but rather by the uninhibited personality of the responder.

At this point it should be noted that it has taken centuries to mature a set of diplomatic rules and practices which even now only just manages to keep the aggressive behavior of most nation-states in check. To see the President of the United States treat that history as if it meant little is chilling. Just as chilling is the response of the president's "base."

Trump's belligerent rhetoric exhilarated his "die hard" (pun intended) supporters, who obviously have the "bring 'em on" attitude made famous by George W. Bush. The NYT kept referring to this group as "conservatives" who saw Trump's aggressiveness as a "promise fulfilled." Many of them proclaimed that they did not fear a nuclear war with North Korea because, living in places like Colorado, Arizona and Georgia, they saw themselves sufficiently isolated from danger of nuclear attack and, apparently, to hell with other Americans -- particularly those cursed city dwellers. Among those exhilarated by the president's words was "the conservative pundit Rush Limbaugh," who proclaimed that the U.S. finally had a real man in the White House after eight years of Barack Obama, whom he referred to as a "pajama boy who wears mom jeans who can barely throw a baseball."

The NYT is wrong in its "conservative" attribution. What is revealed here is not conservatism, which by definition implies a certain reserved and disciplined posture. What the NYT was really describing is the behavior of rightwing extremists, from the president on down. This fact was confirmed on the following day.

On Saturday, August 12, white supremacist groups ranging from the Ku Klux Klan to neo-Nazis showed up in Charlottesville, Virginia, to demonstrate against the removal of a Confederate monument, and ended up in violent clashes with counter-demonstrators. Both sides stand for easily recognizable, if somewhat stereotypical, opposing cultural programs: the white supremacists demand a white-dominated America with archaic racist values, segregation and the elimination of any ethnic programs of upper mobility or immigration policies that might cause a threat to white privilege. The counter-demonstrators stand for an America of greater diversity, equal opportunity, desegregation and an array of other progressive values.

President Trump was slow to react to the Charlottesville violence. Perhaps he was initially rendered speechless at witnessing a truly "deplorable" subset of his "base" suddenly showing up at a broadcasted riot in a Virginia college town. How would the real Trump respond?

He ended up hedging. Under great pressure from both Republicans and Democrats, Trump begrudgingly condemned klansmen and neo-Nazis as "bad people" but simultaneously insisted that (1) also demonstrating on the side of the bad guys were a lot of "very fine people" and (2) both sides must be blamed for the violence. Though he and his advisers might not have realized it, in the eyes of the greater public, Trump's position put him, de facto, on the side of the Klan and the neo-Nazis.

The Ku Klux Klan and various like groups have always been extremist expressions of a broader, historically rooted, racist expression of American culture. This cultural "ideal" is juxtaposed against a more cosmopolitan, open and liberal America. Up until the time of the U.S. Civil War, racist culture predominated, with its most extreme expression being in the slaveholding south. After the Civil War, that territorial stronghold was destroyed, and despite the ultimate failure of "reconstruction" the culture of racism began a long and very slow decline. However, it has never disappeared entirely and what happened in Charlottesville tells us that this reactionary vision is capable of at least a temporary resurgence when given political encouragement. That is what President Trump's this-is-the-real-me response has done.

Related Topic(s): Future; Policies; Trump Ego; Trump Foreign Policy; Trump Idiot-in-chief; Trump Insults; Trump Mental State, Add Tags
Add to My Group(s)
Go To Commenting
The views expressed herein are the sole responsibility of the author and do not necessarily reflect those of this website or its editors.