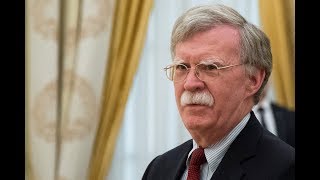 The world is still reeling in horror from the deadly Sri Lanka bombings that may have been the work of Islamic State madmen. Poor Sri Lanka has suffered so much after three decades of civil war and communal strife. We weep for this beautiful and once gentle nation.

But behind the horror in Sri Lanka, a huge crisis was building up of which the world has so far taken insufficient notice: renewed tensions in the oil-producing Gulf. This is the latest attempt by the United States to crush Iran's independent-minded government and return it to American tutelage.

The Trump administration has demanded that the principal importers of 1.2 billion barrels of Iranian oil halt purchases almost immediately. This imperial diktat includes China, South Korea, Turkey, India and Japan. The comprehensive embargo is very close to an all-out act of war. In 1941, America's cut-off of oil to Japan provoked the attack on Pearl Harbor.

The oil embargo not only violates international law, it sets the US on a collision course with some of its most important allies and vassal states. Brazen threats against Iran by Trump's two main enforcers, National Security adviser John Bolton and Secretary of State Mike Pompeo, have reinforced America's unfortunate image as an imperial power that threatens war against disobedient satraps and independent-minded nations.

Iran, a proud, ancient nation of 80 million, has become, with Turkey, the most effective opposition to America's imperial domination of the Mideast and a key supporter of Palestinian rights and statehood. This has put Iran on a collision course with Israel and its influential American supporters, notably the Evangelical hard right which somehow believes that Jesus will only return to earth after Israel expands its border and mankind is destroyed.

To benefit Israel, the White House cancelled a $20 billion order from Iran for Boeing aircraft, embargoed trade with Iran, reneged on the internationally backed nuclear deal with Tehran, cut off all aid to Palestinians, and keeps sustaining the savage Saudi/Emirati war against Yemen that has caused mass starvation and epidemics.

Trump has just unilaterally approved Israel's illegal seizure of Syria's Golan Heights, an act worthy of the 1916 Sykes-Picot treaty dividing up the Ottoman Mideast between Britain and France. US threats against Venezuela and Cuba grow louder.

Washington plans to use its naval forces massed around Iran to interdict Tehran's oil exports. Two US aircraft carriers are now on station within striking range of Iran. I went to sea on one, the "Abraham Lincoln."

Iran, which has faced similar threats in the past, is digging in and threatens to close the strategic Strait of Hormuz if its oil exports are interdicted. Twenty percent of the world's oil passes through the Strait. At its narrowest point, this strategic passage is only 21 miles (34 km) wide.

Iran could seriously interfere with oil tankers in the Strait, using armed speedboats, mines and land-based, Chinese-made missiles. Equally important, insurance rates for tankers would skyrocket. Add all this together, and Trump & Co.'s warlike actions will cause the price of gasoline to surge, just as America's busy summer driving season is getting underway.

America's satraps Saudi Arabia (which just cut off the heads of 37 of its subjects) and sidekick the Emirates have promised to make up oil shortfalls, but neighbor Iran's special forces may have very different ideas. Look for missiles and commando attacks on Saudi oil installations.

Adding to this dangerous mess, Beijing may slow down or even abort its trade talks with Washington, which are of vital importance to the US economy. US markets have already factored in a deal being made.

Related Topic(s): Allies; Iran; Oil; Threats; Trump Against Democracy; Trump And Saudi Arabia; Trump Insults, Add Tags
Add to My Group(s)
Go To Commenting
The views expressed herein are the sole responsibility of the author and do not necessarily reflect those of this website or its editors.