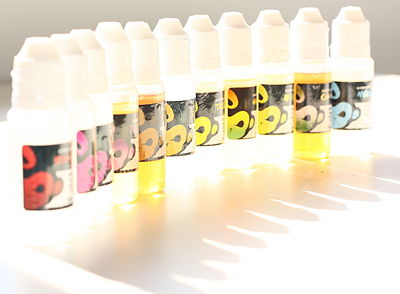 Annie Karni, Maggie Haberman, and Sheila Kaplan of the New York Times describe US president Donald Trump's proposed ban on flavored e-cigarette products as "a swift and bold reaction to a growing public health crisis affecting teenagers" that Trump backed away from "under pressure from his political advisers and lobbyists to factor in the potential pushback from his supporters."

Maybe they're right about Trump's motivations, but they're wrong about pretty much everything else.

E-cigarettes are not a "public health crisis." That supposed crisis is not "growing." And to the extent that teenagers are negatively affected by e-cigarettes, the very "bold reactions" the three writers seem to favor are far more culpable than e-cigarettes themselves.

E-cigarettes are, according to all credible evidence, safer than burning sticks of tobacco -- sorry, FDA, you don't get to tell me I can't say so.

A few cases of lung injury from black market "street vapes" have been reported, the cause (use of vitamin E in the "juice") seems to have been identified, and that problem is already disappearing in the rear-view mirror.

Who buys "street vapes?" People who can't buy the e-cigarette products they want legally, either because of content (cannabis) or age (the teenagers the Times authors imply they care about so much).

If Trump reconsidered his proposed ban due to political pressure and the desire to be re-elected, so what? A good decision is a good decision.

President Franklin Delano Roosevelt once told a group of lobbyists, who were pushing a policy change at him, "Okay, you've convinced me. Now go out and bring pressure on me."

That's how politics works. Politicians appease voters and activist groups who can help or harm their careers. Sometimes that works out well for the public, sometimes it works out badly.

In this case it works out well -- certainly for the public, and possibly for Trump. Much of the "I Vape and I Vote" demographic presumably falls outside his existing electoral "base," and for at least some the issue matters enough to swing their votes.

Now Trump's Democratic opponents need to decide which they value more: Their desire to run everyone's lives at the expense of actual public health, or that public health and those votes.

Related Topic(s): E-cigarettes; Trump, Add Tags
Add to My Group(s)
Go To Commenting
The views expressed herein are the sole responsibility of the author and do not necessarily reflect those of this website or its editors.