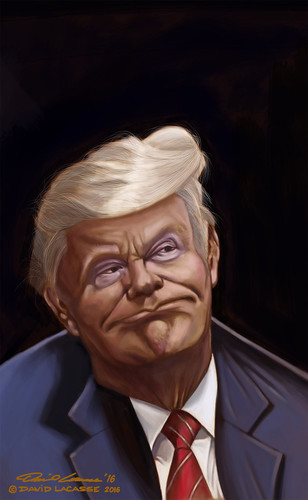 When will President Trump stop playing games with Obamacare?

By Wednesday morning, less than a day after the Senate committee overseeing health policy announced a bipartisan bill to fix near-term fiscal issues without undermining consumer protections, Trump was backtracking on his Tuesday comment that it was a "short-term solution."

"I am supportive of [Tennessee senator and committee chairman] Lamar [Alexander] as a person & also of the process, but I can never support bailing out ins co's [insurance companies] who have made a fortune w/ O'Care," Trump tweeted Wednesday.

That Trump tweet prompted Alexander to reply, "I will work with the president to see if we can make it even stronger."

Only a day before, Alexander told a health care forum, "The president engineered the bipartisan agreement by calling me and asking me to work with Senator [Patty] Murray (D-WA) to do it. I've talked with him three times in the last 10 days about it."

What's next is anybody's guess. On Wednesday, House Speaker Paul Ryan said he opposed the Senate bill that, among other things, restored $7 billion in Obamacare subsidies for 7 million low-income policyholders -- which Trump last week said he would no longer pay. That decree created a needless crisis, prompting insurers to say this week that they would increase individual Obamacare premiums by an average of 20 percent in 2018, and raise rates on other policies.

If this sounds confusing, it is. The status quo in Washington under Trump is anything but normal lawmaking. Instead of a process where opposing sides bicker, bargain, accept the result, and move on, Trump has introduced a deliberately chaotic dynamic. Millions of lives are toyed with. Needed programs are held hostage and threatened. And every new day finds Trump saying something that contradicts what he said -- or agreed to -- only days before.

The highest-profile example is the fate of the Obamacare subsidies and Trump's similar refusal to fund enrollment drives for people to get coverage for 2018 -- which the Senate legislation also would reverse.

This dynamic could also be seen in Trump's handling of the DACA (Deferred Action for Childhood Arrivals) program for 800,000 visa-less children of immigrants -- the Dreamers. Trump said he would keep DACA and boasted of a deal with the Democrats. But then he changed his terms, adding items no Democrat would accept, like building a Mexico border wall.

Another example is his silence on another big government-created health care crisis now unfolding, the failure of Congress to fund the Children's Health Insurance Program, which serves 9 million poor children and their families across America.

"He is gathering hostages -- the health of kids, a functioning insurance market, the status of Dreamers illegally brought to the U.S. as children by their undocumented parents," wrote Andy Slavitt in USA Today. (Slavitt oversaw the Affordable Care Act, Medicare and Medicaid for President Obama from 2015 to 2017.) "Trump's plan is to use these hostages to get Democrats to agree to have taxpayers pay for his border wall and other demands to please his base."

It's important to understand what Trump is doing -- he's creating crises that would not exist were it not for disruptive tactics that force others to clean up his mess, such as the Senate Health Education Labor and Pensions Committee having to put into legislation remedies to counter Trump's vindictive abuse of power.

The bipartisan bill announced Tuesday by HELP Chairman Alexander and vice-chair Murray would do what Republicans have sought -- give states flexibility to run federal healthcare programs, rather than being forced into a do-everything-you're-told approach from Washington. But the HELP committee also had to find a way around Trump's intransigence over spending congressionally appropriated funds.

Steven Rosenfeld  covers democracy issues for AlterNet. He is a longtime print and broadcast journalist and has reported for National Public Radio, Monitor Radio, Marketplace,  TomPaine.com  and many newspapers. (more...)
Related Topic(s): Daca; Health; Public Health; Taxpayers; Trump Cruelty; Trumpcare, Add Tags
Add to My Group(s)
Go To Commenting
The views expressed herein are the sole responsibility of the author and do not necessarily reflect those of this website or its editors.