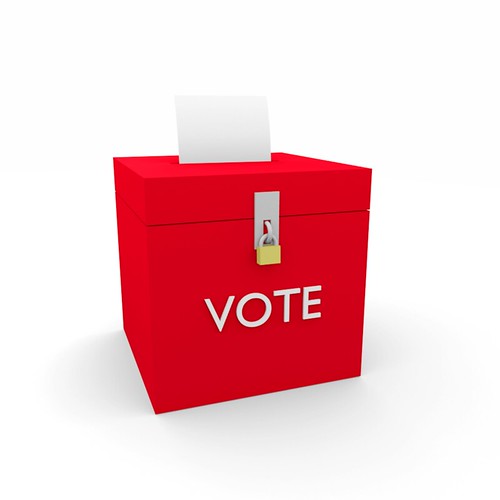 Donald Trump's relentless insistence that three million "aliens" voted for Hillary Clinton and cost him a popular majority in November's presidential election cuts far beyond what the corporate media is willing to report. When it comes to undermining democracy in the US, Trump is once again proving that the best defense is a total attack, even if it relies on "alternative facts."

Trump's Big Lie on voter fraud has been as widely scorned as his fantasies about the size of the turnout at his inauguration. Even the normally restrained New York Times has editorialized that "what once seemed like another harebrained claim by a president with little regard for the truth must now be recognized as a real threat to American democracy."

It seems to be dawning on The Times and others that by claiming so many non-citizens voted more than once, Trump re-loads America's Jim Crow lynch laws against Black people voting. Based on these assertions, we can expect more and more aggressive attacks by the administration against the rights of non-whites and non-millionaires to a fair and honest ballot.

Indeed, the corporate media has not yet faced the devastation of mass disenfranchisement in 2016. As reported by Greg Palast (www.gregpalast.com) and others, some thirty GOP Secretaries of State across the US used a computer program called Crosscheck to strip thousands of mostly black, Hispanic, Asian-American and Muslim voters from the registration rolls. These mass disenfranchisements could well have made the difference in key swing states like Wisconsin, Michigan, Pennsylvania, North Carolina and Florida that allowed Trump to win in the Electoral College while so thoroughly losing the popular vote.

Trump's carping about voter fraud has first and foremost has helped divert the public's attention from this defining reality.

But unfortunately, there is far more.

Let's start with the Electoral College. For the sixth time in US history, the candidate who lost among eligible voters has entered the White House. Last was 2000, when Al Gore beat George W. Bush nationwide by more than a half-million votes. Neither Gore nor the Democratic Party followed this stunning election theft (which had such dire consequences) by launching any kind of movement to abolish the Electoral College. Instead, many Democrats have spent 16 years screaming at Ralph Nader for daring to run for president. Had they instead recruited him to help organize the abolition of the Electoral College, Trump might not now be in the White House.

In 2016, the attack on Nader has morphed into a fixation on Russian hacking and anger at the FBI. So barring a miracle (or a Constitutional Amendment) in 2020 and the foreseeable future beyond, the curse of the Electoral College will still be there to serve the popular minority.

Trump has also fought hard against any meaningful recounts, And for good reason. As many as 28 states this election showed statistically significant variations between exit polls and official vote counts. In 25 of those states, the "Red Shift" went in Trump's direction. Among statisticians this is known as a "virtual statistical impossibility."

In Michigan, which officially went to Trump by about 10,000 votes, some 75,000 ballots came in without a presidential preference, mostly in heavily Democratic urban areas. The idea that 75,000 citizens would take the trouble to vote but not to make a preference among at least four presidential candidates has yet to be explained by the media or the Democrats.

Major problems with electronic voting machines, precinct access, ballot chain of custody and vote count issues also surfaced throughout the swing states. But when the Green Party's Jill Stein dared to attempt a recount, Trump launched an all-out attack. High-priced attorneys in Wisconsin, Michigan, Pennsylvania and elsewhere did all they could to prevent any realistic examination of what actually happened in the states that gave him the presidency.

Meanwhile, rather than doing the work themselves, the corporate media heaped scorn on Stein for daring to examine exactly how Trump became president. The Democrats and the Clinton campaign offered no help beyond sending a few attorneys to "observe" the assault on greens uppity enough to challenge the system that had flipped the presidency, the Congress, the Supreme Court and innumerable state and local governments.

Related Topic(s): Donald Trump; Donald Trump Lies; Voter Fraud, Add Tags
Add to My Group(s)
Go To Commenting
The views expressed herein are the sole responsibility of the author and do not necessarily reflect those of this website or its editors.