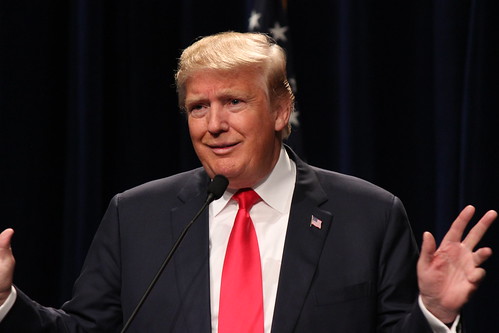 Note: The following came in the form of a letter from Sen. Bernie Sanders (I-Vt.) emailed to supporters on Friday, September 4, 2020 warning against President Donald Trump not accepting, or misinforming the American people about, the 2020 election results in November.

Donald Trump is a pathological liar. According to documented reports he has told more than 20,000 lies and distortions since he has been president. This is, obviously, deeply disturbing behavior for anyone who is president of the United States.

But what is even more disturbing is that Trump is now using his lies and misinformation to sow confusion and chaos in the election process and undermine American democracy. In other words, he does not intend to accept the results of the election if he loses and leave office voluntarily. This is not just a "constitutional crisis." This is a threat to everything this country stands for.

In order to be effective in combating Trump's attempt to sabotage the November election, it is important that you, and everyone you know, recognize the warning signs as to what he and his Republican allies are doing.

For months now Trump has been signaling that he may not accept the outcome of the November election if he loses. In a July interview with Chris Wallace on Fox News, Trump was asked a simple question. Would he "give a direct answer that you will accept the election?" Trump refused. He said, "I have to see. No, I'm not going to just say yes. I'm not going to say no, and I didn't last time either."

I want you to know that the concerns I am bringing you today are not just shared by progressives.

Miles Taylor, a lifelong Republican who previously served as chief of staff inside the Trump administration's Department of Homeland Security, warned that there is nothing that Trump will not do or say to defeat Biden.

"Put nothing past Donald Trump," Taylor told The Associated Press. "He will do anything to win. If that means climbing over other people, climbing over his own people, or climbing over U.S. law, he will do it. People are right to be concerned."

Well, I agree with Mr. Taylor. I am concerned. I am very concerned.

But it's not just me. There is a reason why a large number of Republicans have come out in opposition to Trump and in support of Biden. Trust me, these people surely do not believe in our progressive agenda. They don't even believe in Biden's more modest agenda. But they do believe in democracy, the Constitution and the rule of law, and they understand that Trump does not.

Over the course of the past few weeks, Trump has consistently sought to cast doubt on the legitimacy of the coming election. At a time when he is behind in almost every national poll and in most battleground state polls, Trump recently stated, "The only way they can take this election away from us is if this is a rigged election."

Think about what that means. What he is saying is that if he wins the election, that's great. But if he loses, it's rigged. And if it's rigged, then he is not leaving office. Heads I win. Tails you lose.

And then, while telling us that the election is going to be rigged, he urges his supporters in North Carolina to commit voter fraud by voting twice -- a felony.

Trump is not only trying to create chaos and delegitimize the election process. He and the Republican Party are now spending tens of millions of dollars in the courts to make it harder for people to vote. They are attempting to defund and destroy the U.S. Postal Service so that people will not be able to cast mail-in ballots. And their allies in state legislatures like Pennsylvania's are refusing to pass legislation to ensure all legitimate votes are counted in a timely manner.

Related Topic(s): Democracy; Election 2020; Election Crime; Election Fraud; Election Theft; Media; Trump Against Democracy; Trump And Mail-in Ballots, Add Tags
Add to My Group(s)
Go To Commenting
The views expressed herein are the sole responsibility of the author and do not necessarily reflect those of this website or its editors.