The acting director has undermined the bureau's work defending the public. 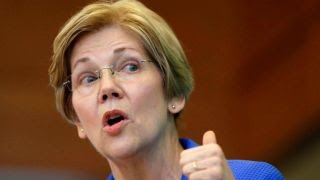 From the moment Congress created the Consumer Financial Protection Bureau, Republican critics ranted about the CFPB's supposed lack of accountability. Now that one of those critics, Mick Mulvaney, has assumed control of the bureau, the attackers have fallen silent -- even as Mr. Mulvaney disregards legal mandates and dodges congressional oversight. This turnabout shows Republicans never really cared about accountability. They only wanted the agency to be less effective at stopping financial firms from cheating people.

Congress designed the CFPB to be the government's most accountable bank regulator and created strict guidelines for its mission and operations. Every bank regulator is funded outside the regular appropriations process, but the CFPB has unique additional checks. The bureau is legally required to report to Congress twice a year on its activities, and its director must testify before Congress four times each year. The CFPB's rules can be overruled by the Financial Stability Oversight Council, a veto that applies to no other federal agency.

Since Mr. Mulvaney took control, he has ignored congressional mandates, turning the CFPB into the politicized rogue agency he accused it of being before. Example: The law requires the CFPB to create an Office of Fair Lending and Equal Opportunity, which "shall have such powers and duties... . including providing oversight and enforcement of Federal laws" against discrimination in lending. That language is unambiguous, but Mr. Mulvaney, long an opponent of the office's work, summarily stripped it of oversight and enforcement powers. Republicans remained silent.

Mr. Mulvaney also flouted Dodd-Frank's mandate that the CFPB "require reports and conduct examinations" of banks under its jurisdiction. In December he halted collection of confidential information by the bureau, temporarily stopping bank examinations. Mr. Mulvaney claimed that two reports by the bureau's inspector general showed severe vulnerabilities in the bureau's cyber defenses. Instead they found CFPB's cybersecurity was better than other regulators and steadily improving.

When I pressed Mr. Mulvaney on this point in an oversight letter, he did not defend his interpretation of the reports and offered no legitimate explanation for halting bank examinations. Republicans remained silent.

Mr. Mulvaney also threatened the credibility of the agency's workforce. To insulate the CFPB from politics, Congress gave it only one political appointee -- the director -- and mandated that it hire all other employees based on merit. When Mr. Mulvaney arrived, he sought special authority to hire political allies to oversee the bureau's divisions -- an unprecedented move among financial regulatory agencies. He has also reassigned some duties from experienced senior officials to political staff, claiming that many career staffers "were political anyway." Republicans remained silent.

Mr. Mulvaney has skirted other limits, too. Before he took over, the CFPB finalized a rule to stop abusive payday-lending practices. The bureau spent five years completing the legally mandated rule-making process, compiling an extensive factual record by meeting with stakeholders, reviewing more than a million comments, and conducting a cost-benefit analysis. Mr. Mulvaney summarily killed the rule when he arrived, even though he was legally required to provide a detailed justification for his decision. The move was carried out without any formal fact-finding or solicitation of public comments -- just a two-paragraph press release. Republicans remained silent.

Republicans have ignored other oversight tools as well. The Senate confirmation process helps ensure that agencies adhere to Congress's priorities. Yet Mr. Mulvaney has served as acting director for four months, and not a single Republican has called on the president to nominate a permanent director.

Congress designed the CFPB to be a nimble watchdog for America's consumers, accountable to Congress in the execution of its duties. Under the leadership of former Director Richard Cordray, it was exactly that -- returning $12 billion to families who were cheated, issuing new rules to clean up the mortgage market, and responding to congressional oversight from both parties.

Mr. Mulvaney has undermined the bureau's work on behalf of consumers and has repeatedly failed to comply with legal mandates, while the Republicans who control Congress have refused to use the tools available to them to rein him in.

I intend to use every tool available to me to make sure the CFPB follows the law and stands up for consumers.

Related Topic(s): Consumer Confidence; Consumer Financial Protection Bureau; Financial; Mick Mulvaney; Public Trust; Republican, Add Tags
Add to My Group(s)
Go To Commenting
The views expressed herein are the sole responsibility of the author and do not necessarily reflect those of this website or its editors.