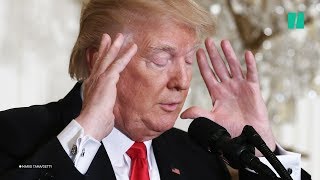 The partial shutdown of the US federal government entered its tenth day Monday with no negotiations taking place between congressional Democrats and the Trump administration. There are no indications of any change in the stalemate until Thursday at the earliest. On that day the newly elected House of Representatives with a Democratic majority takes office.

Trump spent the weekend issuing a stream of abusive tweets, blasting the Democrats for a shutdown that he had previously boasted of wanting and taking responsibility for. He combined his insults toward his political opponents within the ruling elite with real injury towards federal workers, signing an executive order to freeze the pay of all two million civilian workers for the US government for the rest of the fiscal year.

The executive order demonstrates Trump's real attitude to the working class, behind the political demagogy and claims that he is waging trade war to defend American jobs and American workers. While the military will receive an across-the-board increase of 2.6 percent, because the defense appropriations bill was passed by Congress and signed into law by Trump, no pay increase for civilian workers has been finalized.

The Senate passed an increase averaging just under 2 percent, but the outgoing Republican-controlled House never enacted a pay raise, tacitly honoring Trump's call for a civilian freeze in the budget he submitted to Congress last February. The executive order Trump signed Friday restates the proposed freeze, although it could be overturned in whatever legislation is eventually enacted to end the budget stalemate.

For the 800,000 federal employees affected by the shutdown, the pay freeze comes on top of the pay-less paydays that will begin January 11 unless Congress and the White House reach an agreement.

Federal workers have fallen behind their private-sector counterparts over the past decade, with a pay freeze from 2011 to 2013 and raises of between 1 and 2 percent since then. For many lower-paid federal employees, who live paycheck to paycheck like the vast majority of American workers, the prospect of a pay-less payday is dire.

There is ample evidence of this on social media.

Another worker: "Just paid my rent #blessed however no more dollars to pay the rest of my bills. How do I explain this to my children when their 14th birthday is in nine days!!!"

A third worker: "I work for FEMA and am furloughed. I have a large loan that's being repaid via auto-deduction every paycheck. If it's not in the bank, they keep trying, wracking up a great deal of money in bank fees."

A small businessman with a federal contract: "I just had to lay off four subcontractors, American citizens, taxpayers with families, directly due to the #TrumpShutdown. We received a letter from the government that our funding was furloughed until the budget clears. #2019Recession here we come."

A woman worker: "Thankful I have two jobs because I'm not getting paid at TSA. But I still have to show up. Which means I have to work both jobs every day, sleeping two to three hours at night, just to not even break even on bills."

A woman in the final stages of pregnancy: "First baby due any day now. Was feeling stressed about money since new job won't cover maternity leave. Not to worry husband has a pretty good job working for government ... oh wait never mind."

The Office of Personnel Management acknowledged that many workers could face the threat of repossession or eviction if they fall behind on rent, car payments or other debts, issuing sample letters to creditors for unpaid workers to use in an effort to stave off the consequences of missing payments.

Patrick Martin writes for the World Socialist Website (wsws.org), a forum for socialist ideas & analysis & published by the International Committee of the Fourth International (ICFI).
Related Topic(s): Federal Employees; Shutdown; Trump Border Wall; Trump Broken Promises; Trump Cruelty; Trump Tweets; Workers, Add Tags
Add to My Group(s)
Go To Commenting
The views expressed herein are the sole responsibility of the author and do not necessarily reflect those of this website or its editors.