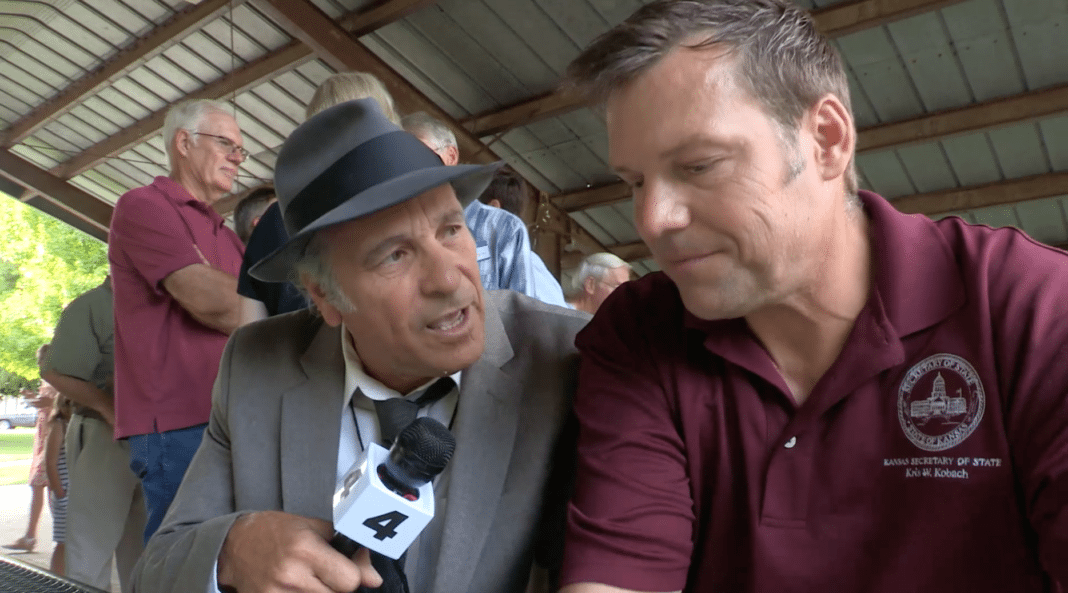 When the young Kris Kobach created a computer system for the Department of Homeland Security that secretly tracked visiting Muslims, President George W. Bush was so offended that Bush personally ordered the racially offensive program shut down.

And now Kobach may have power over that Department and all others dealing with immigrants, including Justice and Defense, and the Census if the AP report that President Donald Trump is considering making Kobach his "Immigration Czar" becomes reality.

It's an especially cute move by Trump, as this newly crafted position, unlike an appointment to other posts, will not require Senate approval, not even a hearing.

I've been investigating Kobach for six years for Al Jazeera and Rolling Stone. Kobach is the guy who...

...lost another federal suit for unconstitutionally requiring proof-of-citizenship to vote. Kobach admitted, the Kansas rule did not stop even one alien from registering, but did block 36,000 citizens from voting in 2016, including two US Air Force officers. Kobach, then Kansas Secretary of State, was found in contempt of court for deliberately defying Court orders to restore voters' rights.

...directed the infamous Interstate Crosscheck vote purge system for 30 states. Our investigation for Rolling Stone determined that at least 1.1 million Americans, mostly voters of colors, were wrongly purged from the voter rolls before the 2016 election.

...wrote local laws, all struck down by courts, which made it a crime to conduct business with an "illegal alien." Kobach bamboozled towns, such as Farmers Branch, Texas, into hiring him for a failed legal defense of these racially poisonous statutes. But lawyer Kobach made out fine, racking up fees subsidized by $100,000 which the Palast investigations team traced back to the Koch brothers.

The list goes on. It was Kobach who suggested the Census include a question about non-citizens living in your home. 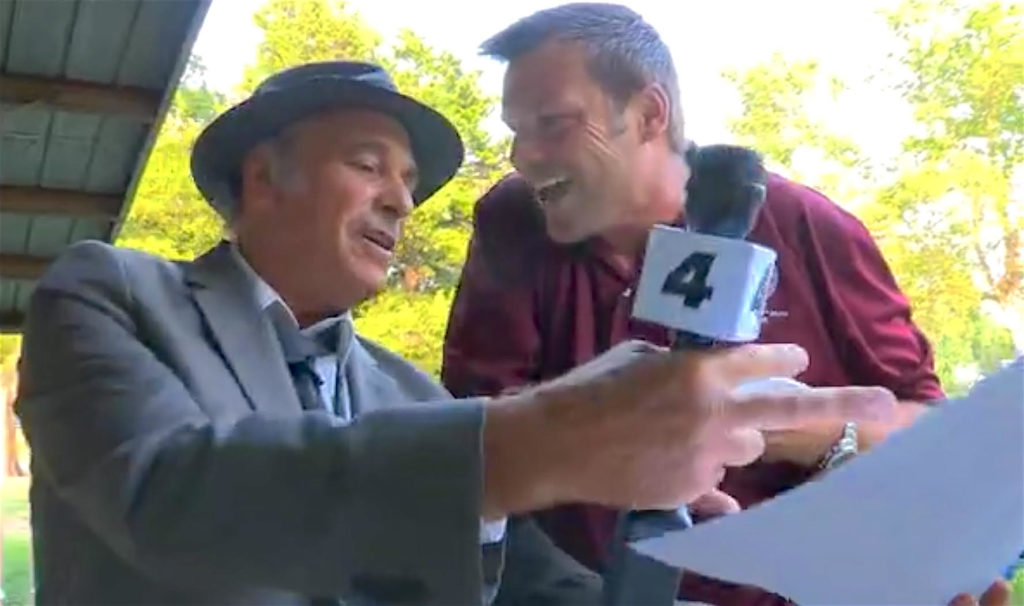 Trying to get straight answers from Kobach about his racially poisoned vote-purging shenanigans has not been easy. After several refusals to speak with me about our findings, in 2016, I finally tracked him down in Wichita, with my crew pretending to be from a local TV station. (We were indeed with Channel 4 ... Channel 4 of London.)

Kobach, cornered, spewed out a series of flat-out lies. For example, he denied that he targeted clearly innocent voters in Kansas and Georgia as suspected "double registered" who could vote twice in one election. I showed him the computer files from his own office with the Kansas-Georgia secret hit list and he decided to run for it literally while shoveling vanilla ice-cream into his mouth, yelling "Liar! Liar!" between mouthfuls.

We could dismiss Kobach as just another slap-stick huckster if he weren't the author of mass purges of legitimate voters and laws that make anyone with brown skin a criminal suspect.

Greg Palastâ€™s investigative reports appear in Rolling Stone, the Guardian and on BBC Television. His latest film, The Best Democracy Money Can Buy, on how Donald Trump stole the 2016 election, is available on Amazon. Palast is Patron of the (more...)
Related Topic(s): Election; Immigrants; Immigration Czar; Kris Kobach; Voting, Add Tags
Add to My Group(s)
Go To Commenting
The views expressed herein are the sole responsibility of the author and do not necessarily reflect those of this website or its editors.