It looks like the rambling, incoherent interviews are taking a toll on Rudy Giuliani's reputation. 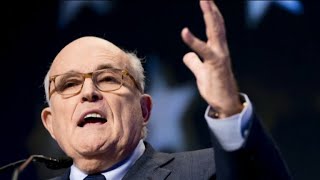 A new national poll reveals that Trump attorney Rudy Giuliani has become a hugely unpopular figure in American politics. He can thank his re-emergence on the national stage as Trump's errand boy last month.

Once viewed by many Americans as an esteemed figure in U.S. politics, particularly when he served as mayor of New York City at the time of the 9/11 terror attacks, Giuliani, thanks to his work with Trump this spring, has quickly transformed himself into a punch line.

And now a new Quinnipiac poll confirms that. The survey finds that Giuliani's approval rating stands at a dismal 29 percent, which is significantly lower than even Trump's already-unimpressive 40 percent.

Giuliani has quickly marked his relatively short time with Trump with a carousel of bewildering, scattershot media interviews in which he desperately tried to stitch together new talking points to protect Trump from special counsel Robert Mueller's Russia investigation.

Last month, when the New York Yankees wished a happy birthday to diehard Yankees fan Giuliani, fans at the stadium rained boos down on the former mayor:

Related Topic(s): Giuliani Rudy; Giuliani Rudy; Insane; Poll, Add Tags
Add to My Group(s)
Go To Commenting
The views expressed herein are the sole responsibility of the author and do not necessarily reflect those of this website or its editors.