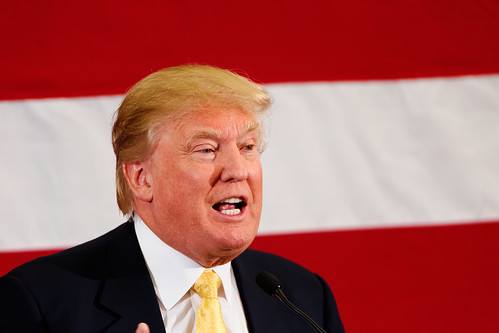 Attempts by some to liken Donald Trump to Richard Nixon fail to understand the depths of fascism to which Trump has descended. A more accurate comparison of Trump to someone who imprisoned his political opponents, shut down the free press, and believed in a strong unitary executive is the late Chilean fascist military dictator, General Augusto Pinochet Ugarte.

The recent disclosures that Trump wanted the Justice Department to bring unspecified criminal charges against 2016 Democratic presidential candidate Hillary Clinton and fired FBI director James Comey, as well as new restrictions placed on the freedom of the White House Press Corps to ask questions of Trump and his representatives point to a president who has gone far beyond Nixon in feeling unconstrained by the Constitution. Nixon, a lawyer, former congressman and U.S. senator, and vice president, fully understood how he was violating both the law and Constitution by engaging in illegal activities associated with the Watergate scandal and other abuses of office. Trump, on the other hands, ignores the Constitution in his goal of governing as a political tyrant who believes he can take any action he sees fit without legal restraint or consequence.

It was only resistance from White House Counsel Don McGahn and then-Attorney General Jeff Sessions, neither known for their commitment to civil liberties, that prevented Trump from misusing the Justice Department as a personal vendetta operation.

Similarly, Trump has imposed news rules on the White House press, limiting them to a single question without the standard follow-up. Reporters will be subject to the loss of their press credentials if their question is deemed inappropriate by Trump or his assistants. Not even during Watergate, when CBS newsman Dan Rather had a contentious exchange with an irritated Nixon, did the White House even suggest screening questions.

It is becoming clear that the acting Attorney General Matthew Whitaker, a corrupt Republican hack and crackpot, who attempted to defraud investors with time travel, Big Foot search, and "extra large" toilet for well-endowed men, is already misusing his office to target at least one journalist. Many members of Congress do not consider Whitaker to be a legal acting attorney general in the first place.

However, Nixon never delivered on his threat because the IRS commissioner would not play ball.

That is not the case with Whitaker, a walking public corruption violation. WMR can report that Whitaker has authorized a federal prosecutor to examine the past foreign travel of a journalist engaged in news reporting. The foreign travel involves Iran and China, with the latter involving gathering information on illegal foreign contributions to the 2012 presidential campaign of Republican candidate Mitt Romney through the auspices of Trump financial booster Sheldon Adelson. DOJ "fishing expeditions," authorized or not, for names of press contacts places such individuals in countries like Iran, China, and others in as great a danger as that experienced by Washington Post columnist Jamal Khashoggi, butchered to death in Istanbul by Saudi executioners acting on the authority of Trump's and Jared Kushner's pal, Crown Prince Mohammed bin Salman.

The journalist subjected to DOJ questioning is not only a critic of Trump but is well-known to at least four Trump confidantes and supporters: Roger Stone, American Media Inc.'s David Pecker, Jerome Corsi, and Alex Jones. Corsi has been interviewed by a federal grand jury empaneled by Justice Department Special Counsel Robert Mueller. Stone is reportedly a target of the special counsel in the foreign collusion investigation of the Trump campaign. Pecker is a cooperating witness of the special counsel. Jones's business relationship with Stone and Corsi may have made him, at the very least, a material witness for the special counsel.

The assignation of a prosecutor to oversee an investigation involving a journalist would have required authorization to deviate from current Justice Department policy. That policy, put in place by Attorney General Eric Holder in 2015, has not been superseded, as far as publicly-disclosed policy guidelines are concerned. The policy states, "Because freedom of the press can be no broader than the freedom of members of the news media to investigate and report the news, the Department's policy is intended to provide protection to members of the news media from certain law enforcement tools, whether criminal or civil, that might unreasonably impair newsgathering activities."

Today, well-known and lesser-known journalists can be found on various websites. The news they break is no less irritating to Trump than the news reports, columns, and broadcasts were to Nixon and his cronies during Watergate and Vietnam. The Holder guidelines apply just as equally to web publications as they do to printed publications and broadcast media.

Would-be dictators like Trump and willing henchmen like Whitaker will use wide brushes to paint well-known and lesser-known targets with "enemy of the state" labels. If Whitaker has overridden or abrogated the Holder guidelines established since 2015 on Justice Department contacts with journalists, the White House attacks on journalists like CNN's Jim Acosta and others has taken a turn to a darker place than even Nixon could have ever imagined.

Related Topic(s): Donald Trump; Freedom; Justice; Media; Pinochet; Policy; Reporters; Richard Nixon; Rules; Trumpism, Add Tags
Add to My Group(s)
Go To Commenting
The views expressed herein are the sole responsibility of the author and do not necessarily reflect those of this website or its editors.