Trump's entire presidency to date has sacrificed the means of democracy to preserve his personal power, and the shutdown over the border is no different 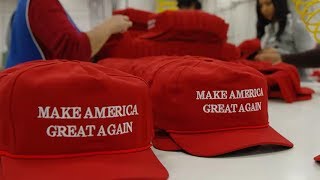 The wonderful thing about Trump's presidency (I never thought I'd begin a sentence this way), is he brings us back to basics. The basic difference between a democracy and a dictatorship comes down to means and ends.

Related Topic(s): Democracy; Trump And Putin; Trump Border Wall; Trump Lack Of Dignity; Trump Liar; Trump Scandal, Add Tags
Add to My Group(s)
Go To Commenting
The views expressed herein are the sole responsibility of the author and do not necessarily reflect those of this website or its editors.