The president knows how the system works: the rich give money and get what they want in return. His defeat is imperative 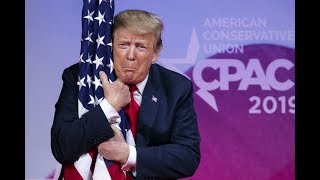 We're coming to the end of what might be called the anti-democracy decade. It began on 21 January 2010 with the supreme court's shameful decision in Citizens United vs Federal Election Commission, opening the floodgates to big money in politics with the absurd claim that the first amendment protects corporate speech.

It ends with Donald Trump in the White House, filling his administration with corporate shills and inviting foreign powers to interfere in American elections.

Trump is the consequence rather than the cause of the anti-democratic decade. By the 2016 election, the richest 100th of 1% of Americans -- 24,949 very wealthy people -- accounted for a record-breaking 40% of all campaign contributions.

That same year, corporations flooded the presidential, Senate and House elections with $3.4bn in donations. Labor unions no longer provided any countervailing power, contributing only $213m -- one union dollar for every 16 corporate.

House Democrats have begun with their For the People Act, the first legislation they introduced when they gained a majority. It expands voting rights, limits partisan gerrymandering, strengthens ethics rules and limits the influence of private donor money by providing $6 of public financing for every $1 of small donations, up to $200, raised by participating candidates.

Related Topic(s): Corporations; Corruption; Funding; Trump Against Democracy; Trump Finances; Trump Hypocrisy; Trump Presidency, Add Tags
Add to My Group(s)
Go To Commenting
The views expressed herein are the sole responsibility of the author and do not necessarily reflect those of this website or its editors.