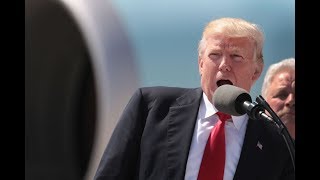 American corporations have no particular obligation to the United States. They're obligated to their shareholders.

About 30% of the shareholders of large American corporations aren't even American. As global money sloshes ever more quickly across borders, that percentage is growing.

In 2017, GE announced it was increasing its investments in advanced manufacturing and robotics in China, which it termed "an important and critical market for GE."

Google has opened an artificial intelligence lab in Beijing, headed by Google's chief scientist for AI and machine learning.

The reality is that leading global corporations like Tesla, GE, Google and Facebook will create good, high-wage jobs in the United States (or in Britain, Australia, or anywhere else you may be reading this) only if those countries' inhabitants are clever and productive enough to make it profitable for them to do so.

This means that the real competitiveness of the United States depends on the creativity and productivity of Americans. That in turn depends on Americans' education (including the basic research that's done in national labs and universities), health and the infrastructure connecting them to one another.

All of which is putting most Americans on a path toward second-rate jobs in the global economy.

Big American-based corporations don't see it as their responsibility to fix this. They certainly don't want to pay for it. To the contrary, they've lobbied for and received tax cut after tax cut.

Yet they have an iron grip on American politics through their campaign donations, lobbying and public-relations campaigns.

This, not China, is the real source of America's competitive woes.

Related Topic(s): Corporations; Inequality; Jobs; Manufacturing; Trump Untrustworthy, Add Tags
Add to My Group(s)
Go To Commenting
The views expressed herein are the sole responsibility of the author and do not necessarily reflect those of this website or its editors.