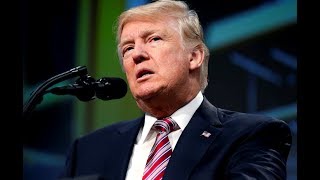 In retrospect, what's most disturbing about "Sharpiegate" isn't Donald Trump's clumsy effort to doctor a National Weather Service map or even his brazen move to get the same agency to lie on his behalf. It's how utterly petty his motive was.

We've had presidents try to cover up a sexual liaison with an intern and a botched burglary, but never have we had one who went to such lengths to cover up an inaccurate weather forecast. Alabama being hit by a hurricane? Friends, this is not rational behavior.

Trump also canceled a meeting with the Taliban at Camp David. The meeting was to have been secret. It was scheduled for the week of the anniversary of 9/11. He cancelled it by tweet.

Does any of this strike you as even remotely rational?

Before that, Trump canceled a state visit to Denmark because Denmark wouldn't sell Greenland to the U.S. Hello? Greenland wasn't for sale. The U.S. no longer buys populated countries. The state visit had been planned for months.

He has repeatedly told senior officials to explore using nuclear bombs to stop hurricanes hitting the U.S. He believes video games cause mass shootings. He blames light bulbs for his orange hue.

Trump thinks climate change is no big deal. He says trade wars are "good and easy to win." He insists it's Chinese rather than U.S. consumers who pay his tariffs. He "orders" American firms to stop doing business in China.

He calls the chairman of the Federal Reserve an "enemy." He retweets a comedian's sick suggestion that the Clintons were responsible for the suicide of convicted sex offender Jeffrey Epstein.

I think we have to face the truth that no one seems to want to admit. This is no longer a case of excessive narcissism or grandiosity. We're not simply dealing with an unusually large ego.

The president of the United States is seriously, frighteningly, dangerously unstable. And he's getting worse by the day.

Such a person in the Oval Office can do serious damage.

What to do? We can vote him out of office in 14 months' time. But he could end the world in seven and a half seconds.

There's also the question of whether he'll willingly leave.

Can you imagine the lengths he will go to win? Will he get Russia to do more dirty work? Instruct the Justice Department to arrest his opponent? Issue an executive order banning anyone not born in the U.S. from voting? Start another war?

Related Topic(s): Dangerous; Sharpiegate; Trump Against Democracy; Trump Broken Promises; Trump Cruelty; Trump Dangerous; Trump Liar, Add Tags
Add to My Group(s)
Go To Commenting
The views expressed herein are the sole responsibility of the author and do not necessarily reflect those of this website or its editors.