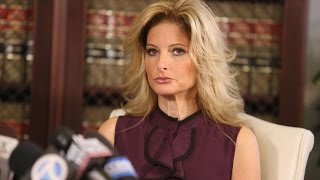 Summer Zervos accused Donald Trump of groping her, and she filed a defamation lawsuit after he called her accusations a lie.
(Image by YouTube, Channel: Newsy)   Details   DMCA

Related Topic(s): Sexual Abuse; Summer Zervos; Trump Bully In Chief; Trump Crime, Add Tags
Add to My Group(s)
Go To Commenting
The views expressed herein are the sole responsibility of the author and do not necessarily reflect those of this website or its editors.