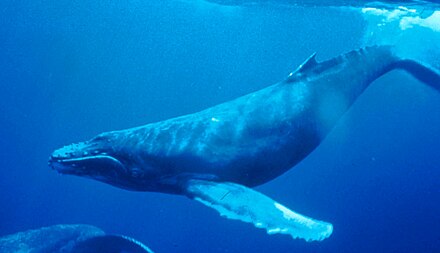 On Wednesday evening, Donald Trump didn't just defend the idea of taking information from a foreign government to get an edge over a political opponent; he said he would do it again. "I think you might want to listen, there isn't anything wrong with listening," said Trump. "If somebody called from a country, Norway, we have information on your opponent -- oh. I think I'd want to hear it. [...] It's not an interference, they have information -- I think I'd take it."

Trump's raising a sign advertising that he's for sale to the first government able to bring him dirt shouldn't be that big a surprise. After all, he's not only made similar statements about the information he and his campaign obtained in 2016, but he's also had Rudy Giuliani on the scene in Ukraine actively trying to plant false evidence to pre-scandal Joe Biden. Or, as Giuliani put it, "We're not meddling in an election, we're meddling in an investigation, which we have a right to do."

On Thursday morning, Trump engaged in a barrage of tweets designed to "defend" his admission that his door was always open to anything that the KGB might want to drag in. The most amusing of which was probably the defense that he talked to foreign governments all the time, including "the Prince of Whales." The assumption here is that Trump simply misspelled Wales. But you never know. He could be getting all his sea-dirt from Aquaman. Fish. They know stuff.

But that wasn't the only mistake in Trump's spew about how it is totally okay to exploit his position to get an edge over everyone who might challenge him. In his series of tweets, Trump turned his fire on Democratic Rep. Adam Schiff, who was contacted by a prank caller back in April of 2017 who claimed to be a Russian with compromising photos and video of Trump. According to Trump, "When Rep. Adam Schiff took calls from another person, also very successfully purporting to be a Russian Operative, did he call the FBI, or even think to call the FBI? No!"

Only ... yes. Yes, he did. As The Atlantic and Roll Call reported in 2018, Schiff's very first response to the prank caller was, "I'll be in touch with the FBI about this. And we'll make arrangements with your staff. I think it probably would be best to provide these materials both to our committee and to the FBI."

It's easy to believe that Donald Trump would think anyone else would be willing to take information harmful to an opponent that was surfaced by foreign intelligence services. Because Trump can only think like Trump. His empathy isn't just nonexistent -- it's negative. He would do anything to screw over an opponent. So, he believes, would anyone else.

In their defense of Trump's statement, Fox News and Republicans in Congress have been taking a different tack. Of course Trump meant that he would contact the FBI. That's not what Trump said. What he said was, "It's not an interference, they have information -- I think I'd take it. If I thought there was something wrong, I'd go maybe to the FBI. If I thought there was something wrong."

But Republicans suddenly seem as able to completely ignore whole sentences of what Trump said as they are capable of spinning whole narrative fantasies around single words plucked from texts or emails of FBI agents. The fact that not only did Trump not say he was going to the FBI, but that he has been spinning out an entire morning's worth of statements defending the idea of not going to the FBI, hasn't been an issue.

Related Topic(s): Donald Trump Lies; Lies; Trump Attacks Democrats; Trump Crime; Whales, Add Tags
Add to My Group(s)
Go To Commenting
The views expressed herein are the sole responsibility of the author and do not necessarily reflect those of this website or its editors.