The climate crisis is upon us all but the president pursues more rollbacks. This election offers an existential choice 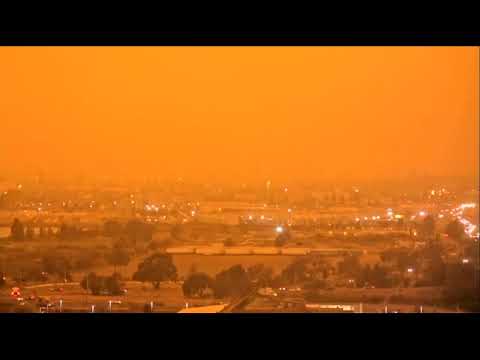 The air outside my window is yellow today. It was orange yesterday. The Air Quality Index is over 200. The Environmental Protection Agency defines this as a "health alert" in which "everyone may experience more serious health effects if they are exposed for 24 hours." Unfortunately, the index has been over 200 for several days.

Another explanation for Trump's silence is that the wildfires are

In all, the Trump administration has reversed, repealed, or otherwise rolled back

Biden wants to end the use of fossil fuels to generate electricity by 2035, and to bring America to net zero emissions of greenhouse gases by no later than 2050. His goals may be too modest. If what is now occurring in the west is any indication, 2050 will be too late.

Related Topic(s): Trump Against Climate Change; Trump Against Democracy; Trump Dangerous, Add Tags
Add to My Group(s)
Go To Commenting
The views expressed herein are the sole responsibility of the author and do not necessarily reflect those of this website or its editors.