(Assuming Trump made the remark as reported--he denies it) 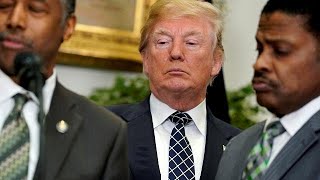 You're not a terrorist.

You aren't trying to emigrate.

You aren't a refugee who refuses to assimilate, who feels entitled to abuse his wife in any way he wants to, for any reason.

You're not a member of the vicious MS-13 gang.

You're not involved in child sex trafficking.

You're not making anchor babies.

You're not a pirate, a kidnapper, a street thug, or a drug dealer.

You're one of the millions and millions of people who simply live out their lives where they are. You represent a FAR larger population than all the above categories put together.

You and your family call home a tiny shack in a large crowded city in an African country. Your family has existed in the throes of poverty and extreme hunger for many generations.

You drink water that is pumped directly from untreated sewage.

Garbage is strewn in the streets.

Riots and wars erupt from time to time, and so do epidemics, because no one in your neighborhood has a healthy body that can fight off germs.

All around the city there is fertile growing land, but most of it has been taken over by transnational agri-corporations.

Related Topic(s): African Nations; Poverty; Trump Hypocrisy; Trump Insults, Add Tags
Add to My Group(s)
Go To Commenting
The views expressed herein are the sole responsibility of the author and do not necessarily reflect those of this website or its editors.