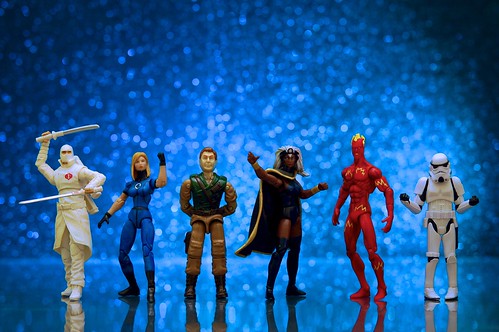 Chivalry and knights errant long past, Donald Trump has brought forth the dawn of a new age, the grab-em-by-the-p****y and bully 'em era. Juxtaposing Congresswoman Ilhan Omar with the burning buildings of 9/11 has had a not unexpected result: death threats.

Although the Donald's primitive advances have an equivalent female response frowned upon in Deuteronomy (Ch 25, v.11), and Ilhan Omar is quite capable of giving as good as she gets verbally, nobody can defend against a right-wing extremist, lapping every word Trump spits out, who takes it upon himself to 'defend' his country at Omar's expense.

Trump's behavior is at the least irresponsible, lacking in the courtesy and gravitas appropriate to his position, and at worst demeaning to his office. All of which matters little to this man whose narcissistic world centers around himself and apparently his family.

We have the famous son-in-law and Middle East 'expert' with a doubtful security clearance ... approved at the behest of his father-in-law. He can be relied upon to produce a peace plan that is dead on arrival. Then there is his wife, the presidential daughter, a master of all trades.

This week we have learned she was offered the top job at the World Bank. Not for her any knowledge of economics, or banking, or an executive background in engineering or industry, or country development experience. None of that matters. A top job becomes simply a matter of yea or nay to proposals put forward by assistants. Informed judgement?

According to her father, she is a natural diplomat. Diplomacy inculcated on the knee of her father no doubt. Or was it simply a consequence of living and dealing with him. As it turns out, the President considered her for the post of Ambassador to the UN; again no need for any foreign policy experience, or a background in politics as preparation for that den of intrigue. All that's for lesser mortals, although we can imagine her in any kind of negotiation with the Chinese, Russian or any other old salts. But then of course she'd be armed with 'The Art of the Deal' supposedly authored by her father but actually penned by a ghost writer who subsequently had twinges of conscience.

He is not the only one with second thoughts. Trump's first Secretary of State, Rex Tillerson, is reputed to have privately called him 'a f***king moron'. In public he described him in more refined but less pithy fashion. He said it was difficult to work for someone "who is pretty undisciplined, doesn't like to read, doesn't read briefing reports ... just kind of says, 'This is what I believe.'" The frightening thing about all this is that we have him occupying the highest office in the land: when one doesn't read, one cannot make informed judgments; when one doesn't read, just beliefs (biases) remain, and decisions are rendered thereof.

Trump's response was to call Tillerson "lazy as hell". One doesn't get to be CEO of a company like Exxon Mobil and remain in that position for eleven years by being 'lazy as hell." In the same tweet Trump lavished praise on Mike Pompeo, the then new Secretary of State and the nation's top diplomat.

Arshad M Khan is a former Professor. Educated at King's College London, Oklahoma State University and the University of Chicago, he has a multidisciplinary background that has frequently informed his research. He was elected a Fellow of the (more...)
Related Topic(s): Trump Appointee; Trump Children; Trump Family, Add Tags
Add to My Group(s)
Go To Commenting
The views expressed herein are the sole responsibility of the author and do not necessarily reflect those of this website or its editors.