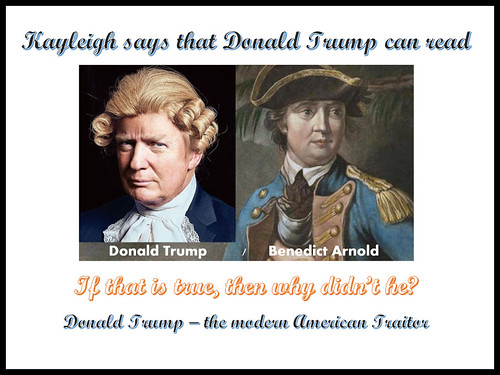 In what appears to be a blatant appeal to the white supremacists in his base, President Donald Trump has made clear his attempt to both defend and rewrite the history of racial injustice in the United States while eliminating the institutions that make visible its historical roots.

"Not in generations has a sitting president so overtly declared himself the candidate of white America."

Trump has defended Confederate symbols and monuments and refused to criticize those right-wing groups that appropriate them in the interests of legitimizing racial bigotry and hatred.

He has attacked The New York Times' 1619 Project, in use in California public schools, as being anti-American. The project analyzes the history and legacy of American slavery. Trump wants it investigated by the Department of Education and has threatened to defund schools that include the project in their teaching.

As the presidential election gets closer, Trump is desperate to reassert his white supremacist and white nationalist views, even though they've never been hidden during his presidency.

After all, his white supremacist ideology is the cornerstone of his appeal to the reactionary and bigoted elements of his base.

That explains why he's issued an order to rid the federal government of programs engaged in racial sensitivity training, which he labels as "divisive, anti-American propaganda."

It explains why he's condemned NASCAR for banning the Confederate flag.

Some would argue that Trump's latest investment in the logic of white supremacy and historical amnesia is a product of his ignorance of history.

But there's more at work here than Trump's power-drunk ignorance of the past. And it's more dangerous and sinister than what's often found in authoritarian regimes -- it's a racialized politics of organized forgetting.

Related Topic(s): Fascism; Trump Against Democracy; Trump Bigotry; Trump Liar; Trump Racism, Add Tags
Add to My Group(s)
Go To Commenting
The views expressed herein are the sole responsibility of the author and do not necessarily reflect those of this website or its editors.